After Labin, which if you missed my last post, was beautiful, we headed to it’s coastal neighbour Rabac. Before arriving I had expected something like one of the old coastal towns we had been in previously like Vrsar but Rabac is more of a small resort town built on the side of a hill. 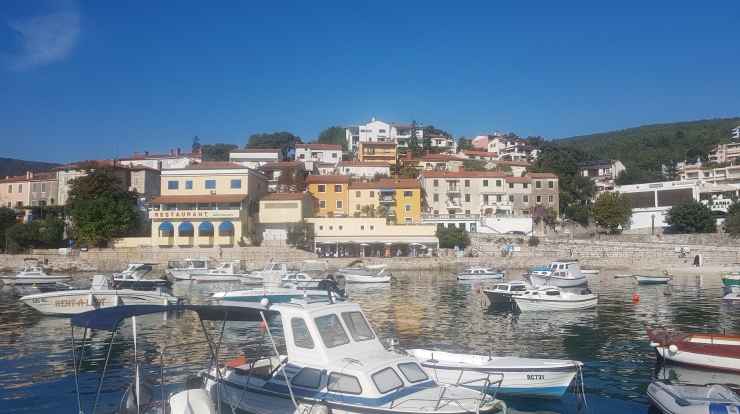 There is a promenade along the waterfront and to get to our camping spot on the wharf we had to drive right through it. I just looked down to avoid people’s stares.

It was worth it though because we had a free spot right on the water and a stone’s throw away from the main town. After talking to the Captain of a local boat we also managed to hook into free water and power so it was a real win win for us. 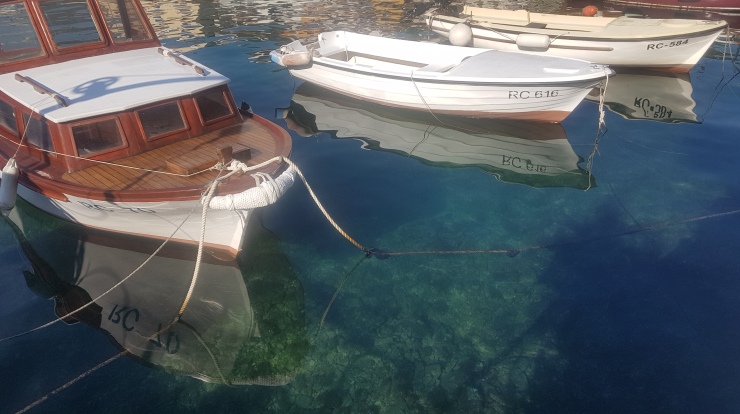 The town is nice, slightly too touristy for me but the walk around the waterfront which goes for miles is probably some of the most beautiful we have seen here in Croatia. Sadly most of it is swallowed by large resorts, the likes of which we haven’t seen before,  but as it’s off season, most of it is accessible to the outsider. 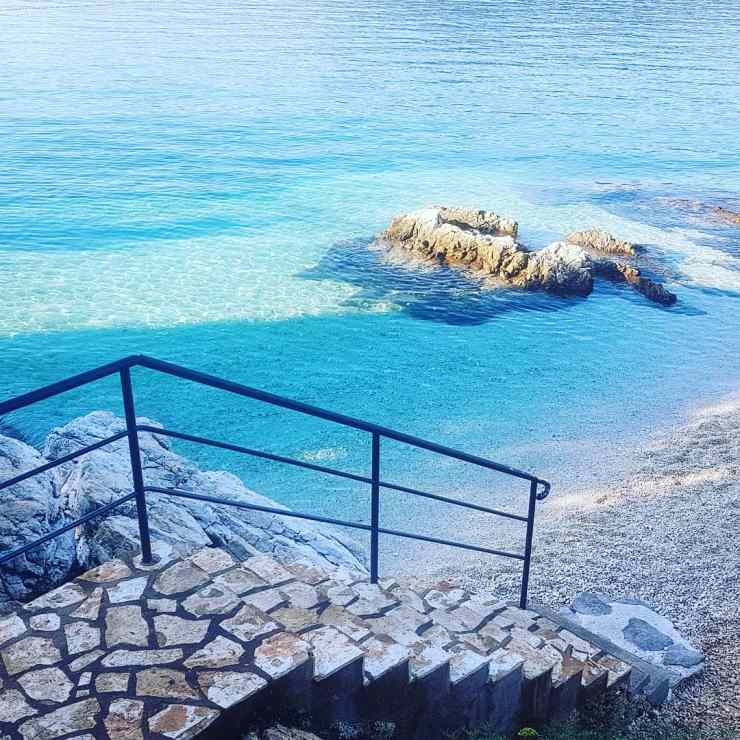 From Rabac we headed quite a distance for us as we have just been tootling around Croatia really. Our destination was the island of Krk.

Funny how we choose our destinations. We chose the island of Krk and had intended to head toward Vrbnik on the North side however a quick gander of our Park4night App identified this curiously abandoned hotel site just a few kms from where we were and that changed our whole route just like that.

Haludovo Palace Hotel is a curious place indeed. After parking up by the water, we headed up to take a look  before heading straight back to google the story behind it.

Built in 1972 by the founder of Penthouse Magazine, Bob Guccione, it was the epitome of oppulence, a real playboy’s palace and casino with the idea that it would unite the Eastern World with the Western World. Apparently it cost over 45 million back in the day which is a hell of a lot of money for the 1970s.

After a year the Penthouse guy went bankrupt however the Palace limped along for another 20 years until the war in Yugoslavia started around 1990 when it was no longer cool to holiday in a war zone. Basically from the war on, with the exception of operating as a refugee camp during that time, it has been left to rot away. Most of the place has been looted and yet as you walk around it’s obvious the sheer opulence of the place. It was basically a millionaire’s playground where the rich and famous came to vacation and now it’s just a huge blot on the landscape of Malinska, occupying probably the best coast of the area.

Malinska was a great base for us to ride our bikes from and walk around the coast and what a beautiful coast it is.

We really appear to have found our “holiday mode” here in Croatia but it’s nice to have slowed the pace down and to make the most of the sunshine while it lasts.

This is what my backyard looks like - what does yours look like? Very lucky to have experienced this from the comfort of a private plane complete with 🍾 . Magical night. Thanks Ross and Helen.
White with a splash of colour
What a day for it. Let's be honest I'm not the most natural hiker. I'm absolutely fine on long flat trails but hills up or down are not my favorite. However I'm always up for a challenge so today we ticked off the Fern Burn Hut which is part of The Tearoa Trail. Seeing that hut in the distance was truly a welcome relief I can tell you. The track is totally achievable as a day walk in and out - it took us 5 hours return which is actually pretty good going but I couldn't help wishing we had had the time to stay overnight as the hut was just gorgeous.
Pondering mood