After our stint in Norway we were both shattered and so we found the perfect campsite in the middle of nowhere in Sweden right on the lake to just chill for a couple of days. It was the perfect campsite with a jetty to fish from, (not that we had a fishing rod), a fire pit and even a log cabin for shelter if it rained. What more could you ask for?

We even had the most glorious sunsets at night.

The campsite belonged to The Dala Wooden Horse manufacturers in an effort I guess to attract more customers to their factory shop which is basically in the middle of nowhere.

The Dala Horse is like the traditional icon of Sweden and whilst they appear simple, the manufacturing process is far from it which explains why they are so expensive.

The original shape is stamped onto a block of wood and then jigsawed to create the basic horse. They are then delivered to the local village to be handcarved by the residents. After that they are sent back to the factory to be puttied and sanded and dipped in several layers of paint before being hand painted. It’s a very labour intensive process and the factory is well worth a visit if you ever find yourself in the middle of Sweden plus the campsite is a beauty.

Once again all good things must come to an end so we began the descent to our ferry crossing in Trelleborg which is at the very bottom of Sweden. Its quite a long boring drive to be honest, lots of forestry and highway driving and not much else.

We had settled upon Gotenburg as our city to visit in Sweden but before we got there I read the most horrible reviews on my Park4night App about break ins of Motorhomes in the area which totally put us off stopping making for an extra long drive that day. I think we drove over 700kms.

We opted for Malmo and spent the night on the waterfront in a motorhome facility at The Marina which was quite out of our budget but safe. Feeling a bit disheartened with the southern part of Sweden, we sat watching the vehicles cross into Copenhagen over The Ostrend Bridge. I believe it’s the longest bridge in the world connecting two countries together. That’s when Doug said, “Let’s go to Copenhagen”.

So we ditched the motorhome safe and secure in the Motorhome Park, grabbed our bikes and rode to the train station to buy a ticket for Copenhagen. Crazy really, we took our push bikes on a train across an 8km bridge to another country to ride around for the day. 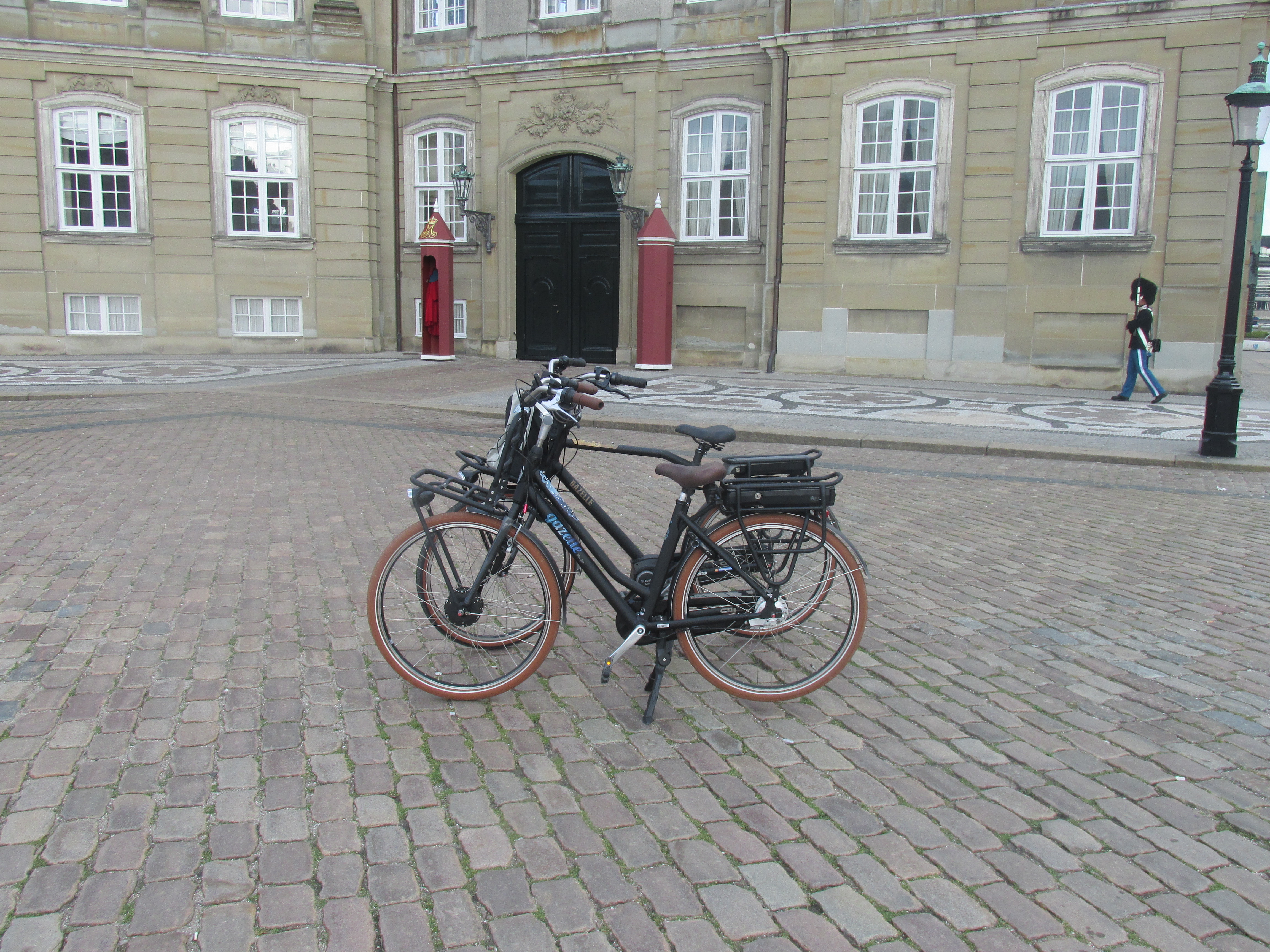 Copenhagen is quite special. Its full on with some magical areas like The Tivolli Gardens funpark right in the middle of the city. There is so much to see and do with the city areas and the cobbled laneways and the harbourfront restaurants with the royal palace and the King’s Gardens all within walking distance.

Its definately a bicycle city however as we were getting our maps from The Information Centre, a lady tapped me on the shoulder to warn me of how attractive our bikes would be to thieves, which made us very wary of leaving them. Kind of spoilt the day a bit really.

Still no visit to this wonderful city would be complete however without seeing the other side to life here. Now I’d read about Christiana but the actual reality of it was quite surreal.

In the 70’s a group of I guess rebels unhappy with the lack of affordable housing in Copenhagen decided to create their own town with their own rules in the abandoned army barracks in the town of Christianshavn.
Freetown Christiana as it was called welcomed anyone and drugs were readily available and sold within the limits of their boundaries although after several murders, lethal overdoses and gang retaliations and  police intervention, the rules are now “No hard drugs”. Still hash and marijuana are sold from stands on what they call “Pusher Street” not legally but no ones stopping them. It was certainly an eye opener. Sorry guys no photos – cameras are not allowed here.

After 10 hours in the saddle my butt was weary and it was time to cross back into Sweden before our ferry crossing to Germany the next day.

Next stop – Berlin in a motorhome… How crazy is that going to be?

Where the sky meets the water and becomes one.
Heading up The Macaulay Valley. You just can't beat the backcountry.
The Rob Roy Glacier Track is a nice wee afternoon hike through the Mt Aspiring National Park. It's a steady climb to the Glacier Lookout but nothing too intense. I know the 3 year old just behind us found it fairly easy flying up the steps hot on our heels 😂 Amazing.
How easy is it for us all to get stuck in a rut of repetition and routine. We all do it whether it's from Covid fatigue or simply being too comfortable in your comfort zone so it felt great to spend a weekend in The Mt Aspiring National Park giving the hiking boots a wee workout. We disturbed this cheeky fella and his gang attacking a couple of bikes supposedly hidden from these guys in the bush behind the Mt Aspiring Hut.
Join 168 other followers