It’s getting a tiny bit ridiculous here – we have a Fjord AND a Waterfall outside our window right now. I would show you a photo except its pouring with rain right now and the Fjord has clouded over so its not such a good shot.

This morning we woke to a procession of animals past our front door but sadly not the kind I was looking for. 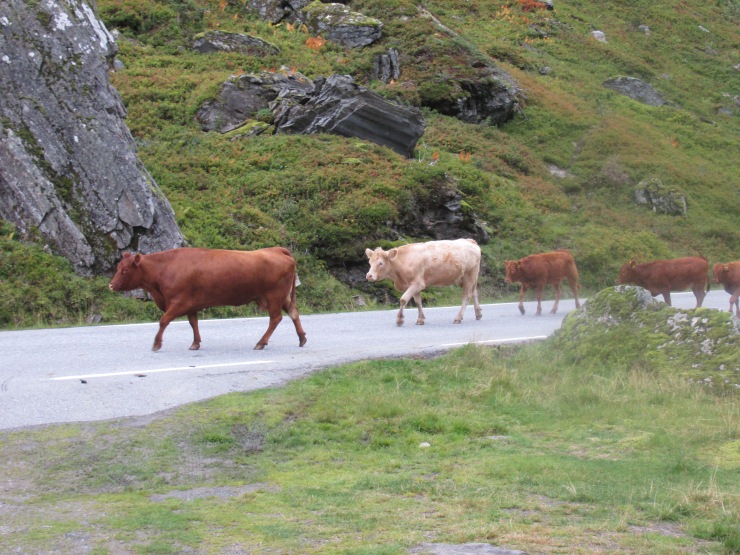 The aim today was to actually get somewhere. Between breakfast, morning tea, coffee, lunch, more coffee and then dinner, not alot of travelling is being done and if we want to see the Artic Circle, we better get a move on. The problem with Norway is that there are just too many good viewpoints that require stopping at. The one below is our morning tea spot. 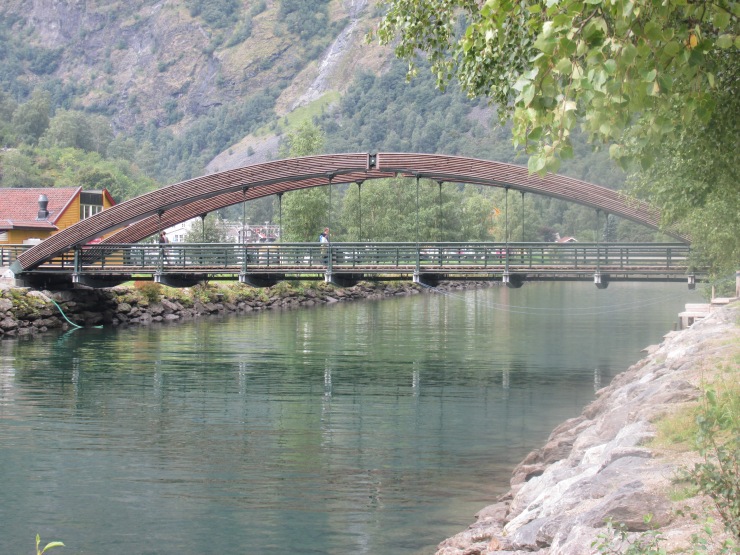 We started well and actually got to Flam, probably because we underestimated the distance and got there sooner than expected. Flam is where the highest railway in the world is located and because of this, it’s a huge tourist destination. Somehow or other this tiny Fjord town managed to swallow up 2 boat loads of cruise ship passengers and countless buses. 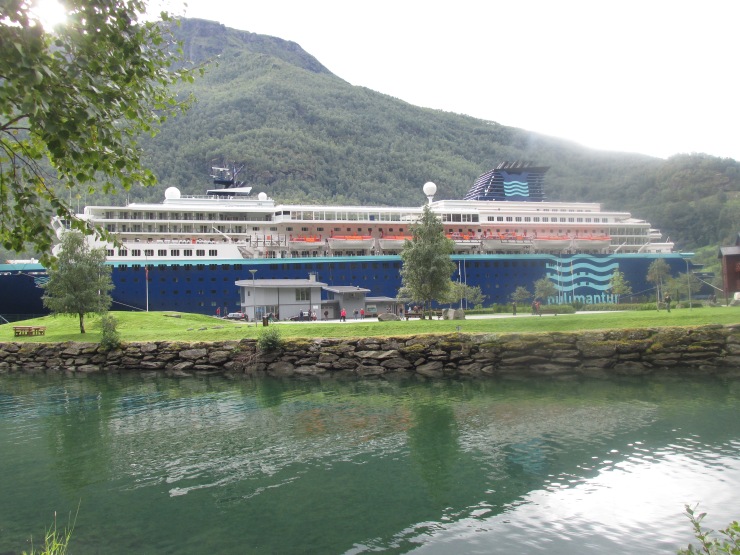 Not really our cup of tea but the Museum there, dedicated to those that built the railway and the surrounding tunnels, is very interesting and well worth a visit. The railway was built in the early 1900s and each worker received roughly 380 Nok, (roughly $80 NZD), per metre dug. Apparently the railway progressed by 2 metres per week and then money was taken out for things like dynamite. If you had a horse you didn’t get paid any extra but it sure made life easier.

From Flam we headed towards Stegastein, which is the viewpoint high upbove Flam. The road was closed until 12.45 which meant delaying our days progress but in my opinion well worth the delay. So the driver and I had a wee discussion and after further discussion we both agreed to wait.

It was certainly worth the wait. 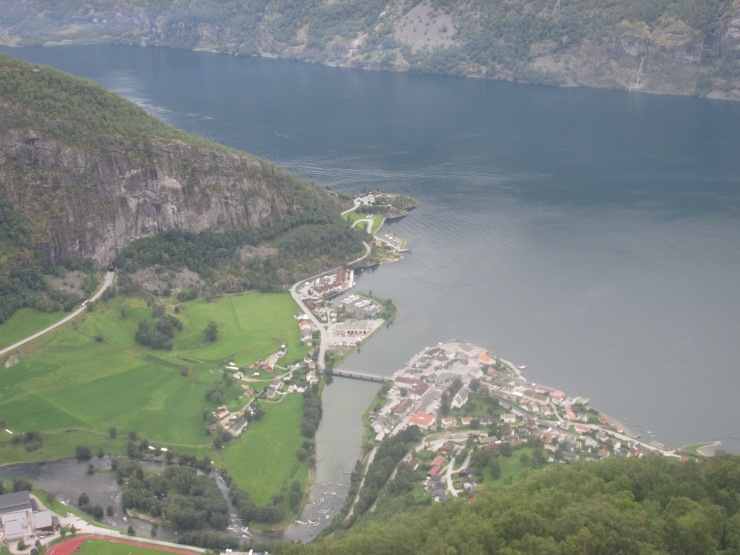 It was then that I realised the National Tourist Route Aurlandsvegen from Aurland to Leardal was the road we were on, deep breathe, so we carried on through the mountains at some serious altitude to witness some serious scenery. Magnificent. 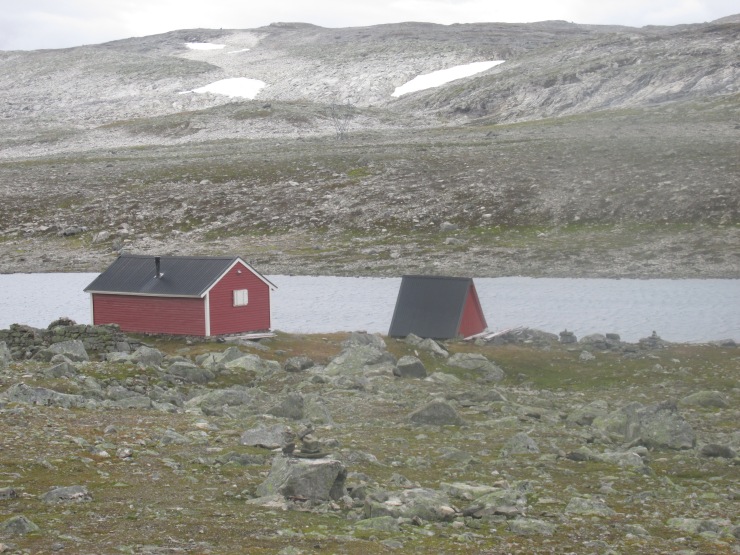 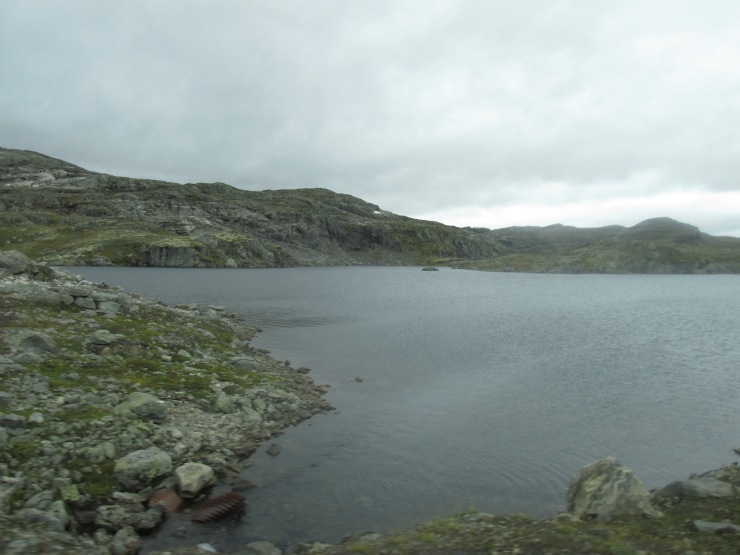 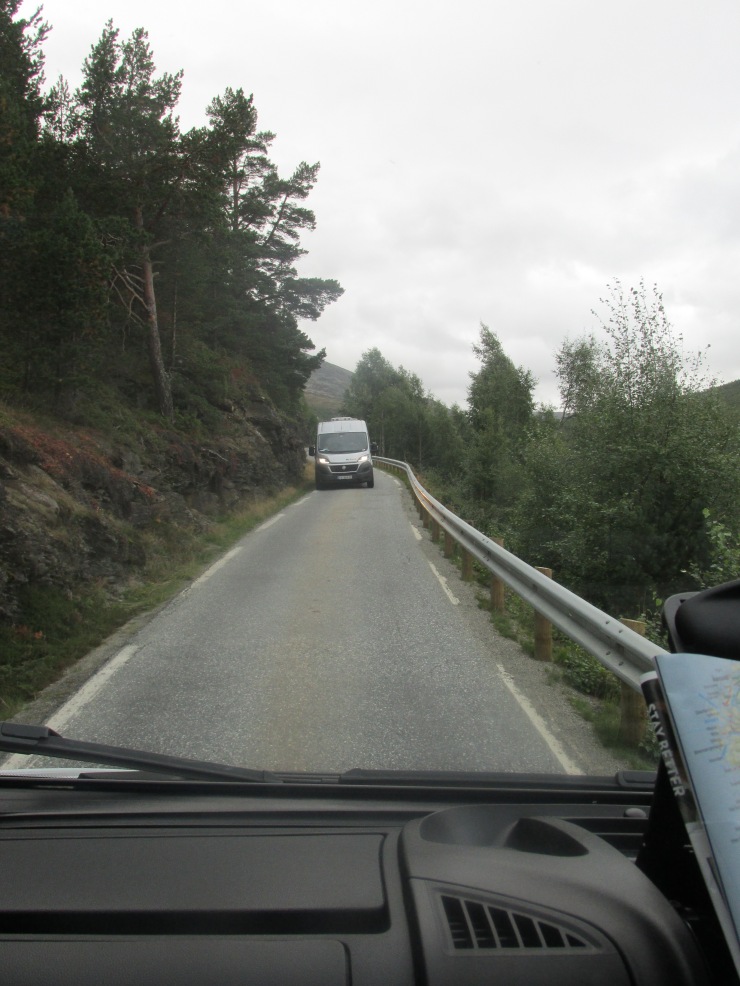 Typical Norwegian roads – there is only room for one of us.

We stopped twice to eat along the way and seriously contemplated staying the night in the mountains it was that beautiful.

We missed the 22 metre tunnel at Leardal taking the mountain route but this morning we did an 11km tunnel and a 6km tunnel directly after so I’m sure we have done our fair share of tunneling today.

Fabulous day – Fabulous sights, and we are now possibly 100km up the road from where we started from this morning. We are making progress – only 2791km of Norway to go.

Which brings us to our next dilemma – are we heading to The Artic Circle, down through Finland and finally onto Estonia or backtracking through Norway and Denmark. We just can’t decide.

2 thoughts on “Overland from Aurland to Leardal”