The drive from Spain was long but when we reached the Spanish border, we realised we were the lucky ones because lined up waiting to cross the border into France were hundreds upon hundreds of trucks held up due to the petrol strikes.

The petrol protests held by “The Yellow Vests” protesting rising petrol prices and petrol taxes effected our journey through France on several occasions and was the reason we made a mad dash to Paris before the planned weekend protests which promised to “Bring Paris to it’s Knees”.

We have used our Park4night App religiously on our journey. Originally we planned to stay further out of Paris and train in, however the temperature took a complete nose dive the day we chose to visit, so we parked as close as we could, comfortably in our motorhome. This is us parked practically on the motorway in a layby!! 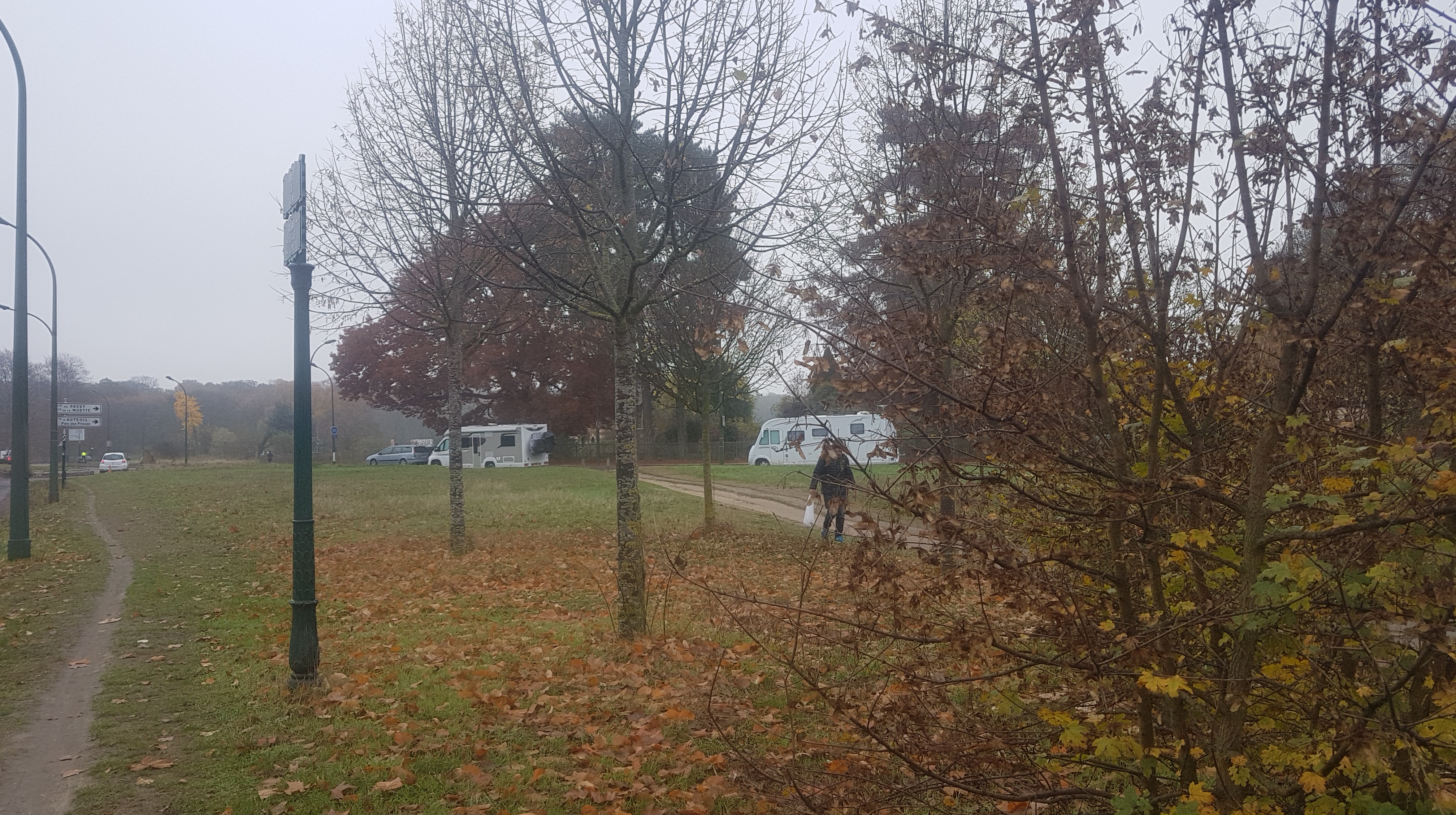 Needless to say not a lot of sleep was had but on the upside, the bus station was a mere 50m from our front doorstep. The ups and downs of travelling.

It’s hard to be glamorous when it’s zero degrees outside and I don’t own a fur coat so I opted for wearing a dress with thermals underneath and my ever faithful Kathmandu Jacket and still it was freezing. Doug actually wore jeans. I feel we came close to hyperthermia in the 7 hours we spent walking around Paris because I refused to leave without seeing Notre Dame Cathedral. Paris is endless. 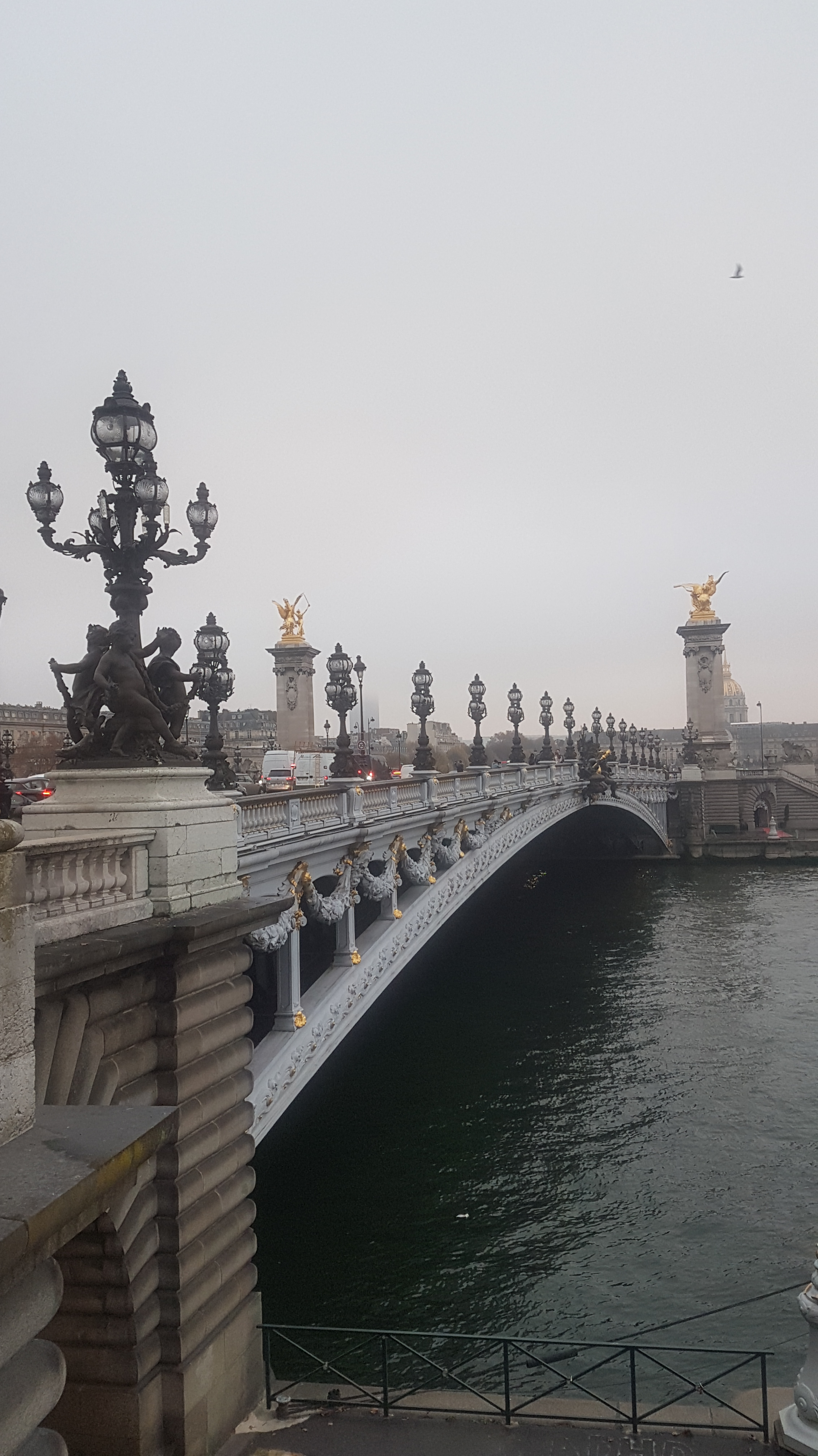 Like Rome, everything is built on a large scale. It’s almost a clash of the giants to see who has the biggest and grandest monuments. Being on a tight time schedule we basically just took a whirlwind “tickbox” tour of the epic things starting with The Arc De Triomphe. Here we are looking as glam as can be dressed up in artic temperatures with our limited motorhome wardrobe. 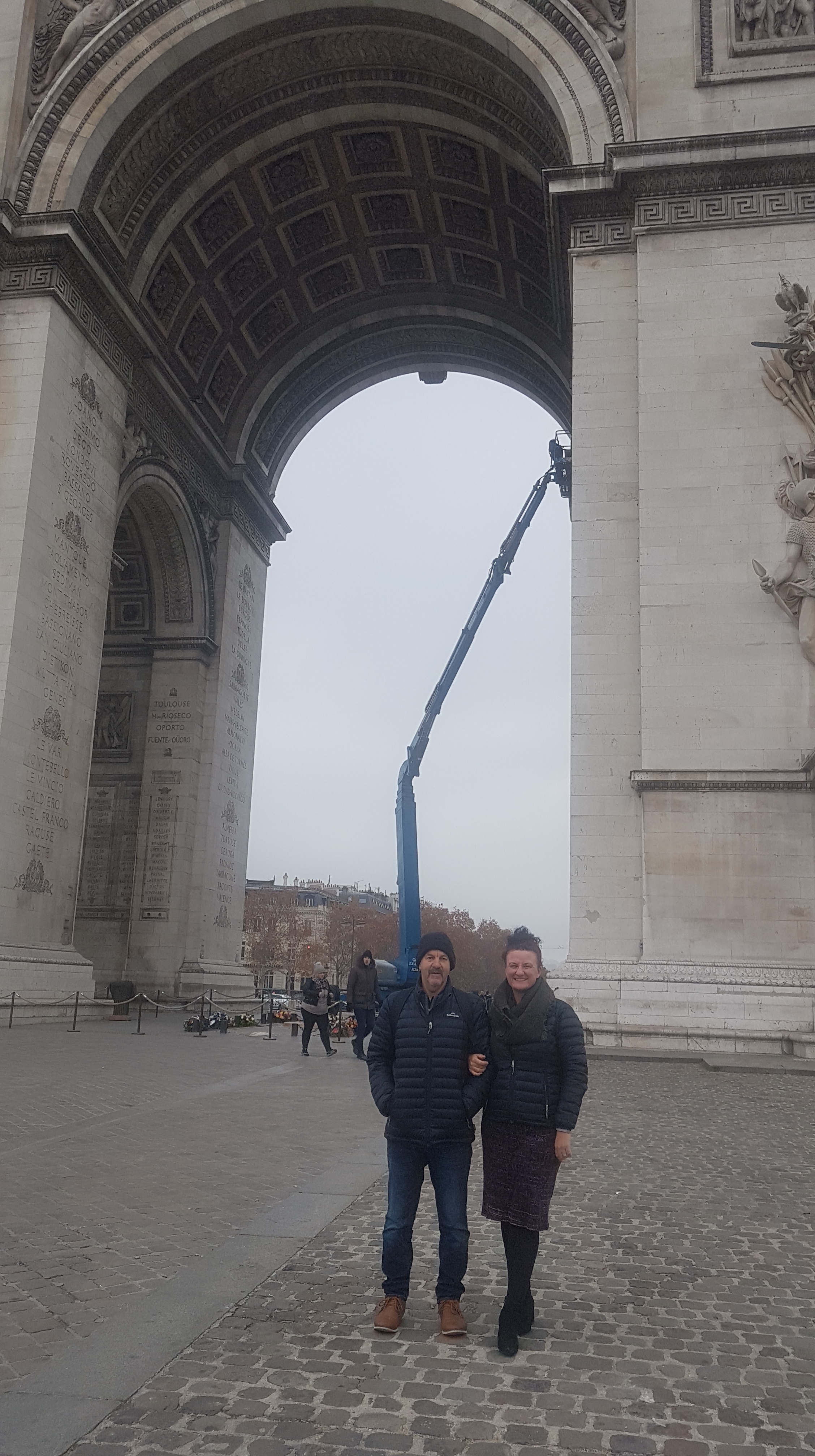 We are practically backpackers. Two jeans, one jumper, one good dress, 5 pairs of socks, three undies. .. oh and Doug’s shorts.

We took a whirlwind walk around Les Invalides where Napaleon’s Tomb can be found. 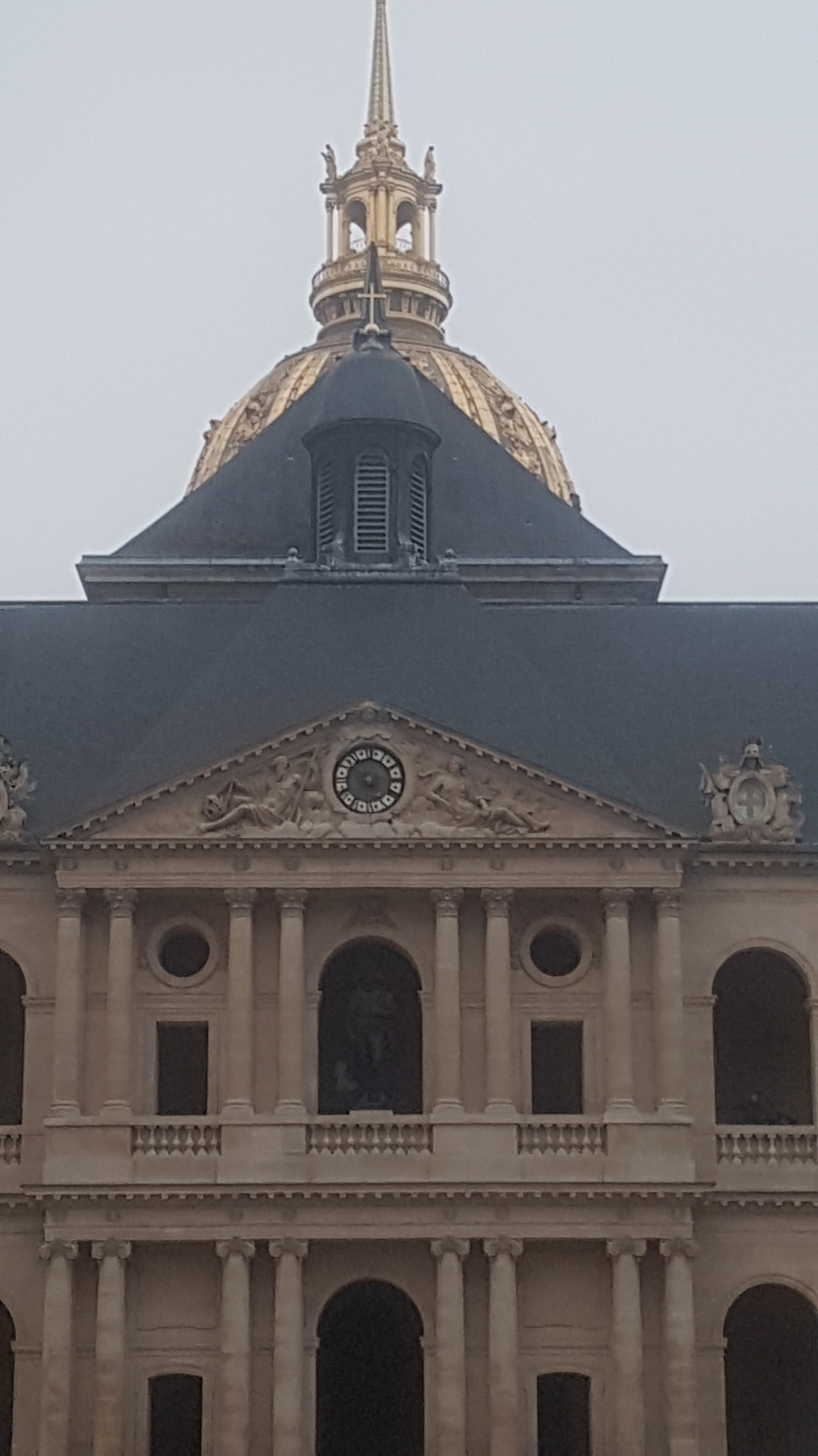 Then down, down, down we went past the gorgeously lit cafe fronts with the elegant glass windows and outdoor tables. We did drink coffee but it cost us 5.90 € per cup, nearly as expensive as Norway, so we didn’t try that again. Paris oozes money, walk down The Champ de Elysees where you will have Cartier on one side and Rolex and Bvlgari on the other. In no other street in the world have I seen such style and so much plastic surgery.

We walked past all the antique shops where the perfectly coiffed owner sat sipping red wine from a crystal glass, and past all the art galleries holding openings. Here is an example of Paris art. 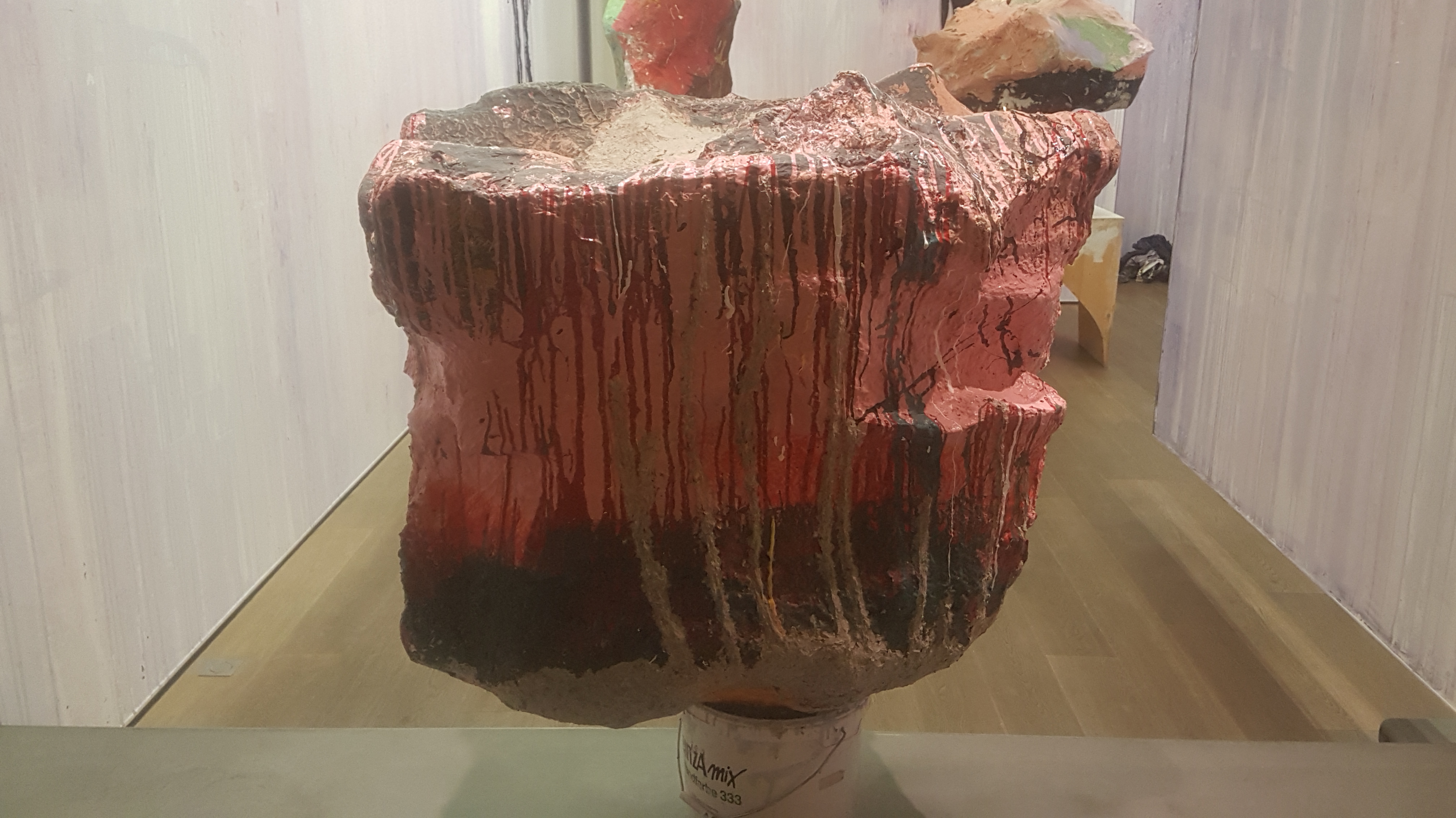 We walked past the French Parliament which was heavily guarded by machine gun toting policeman. To be honest we just walked for miles past the river and the riverboats cruising up and down the canal, and Paris just kept on going, full of life even on such a cold, grey foggy day. The people are really the lifeblood of the streets. Dior, Chanel, Armani all sipping wine in a bar, rushing to the art gallery or the theatre. 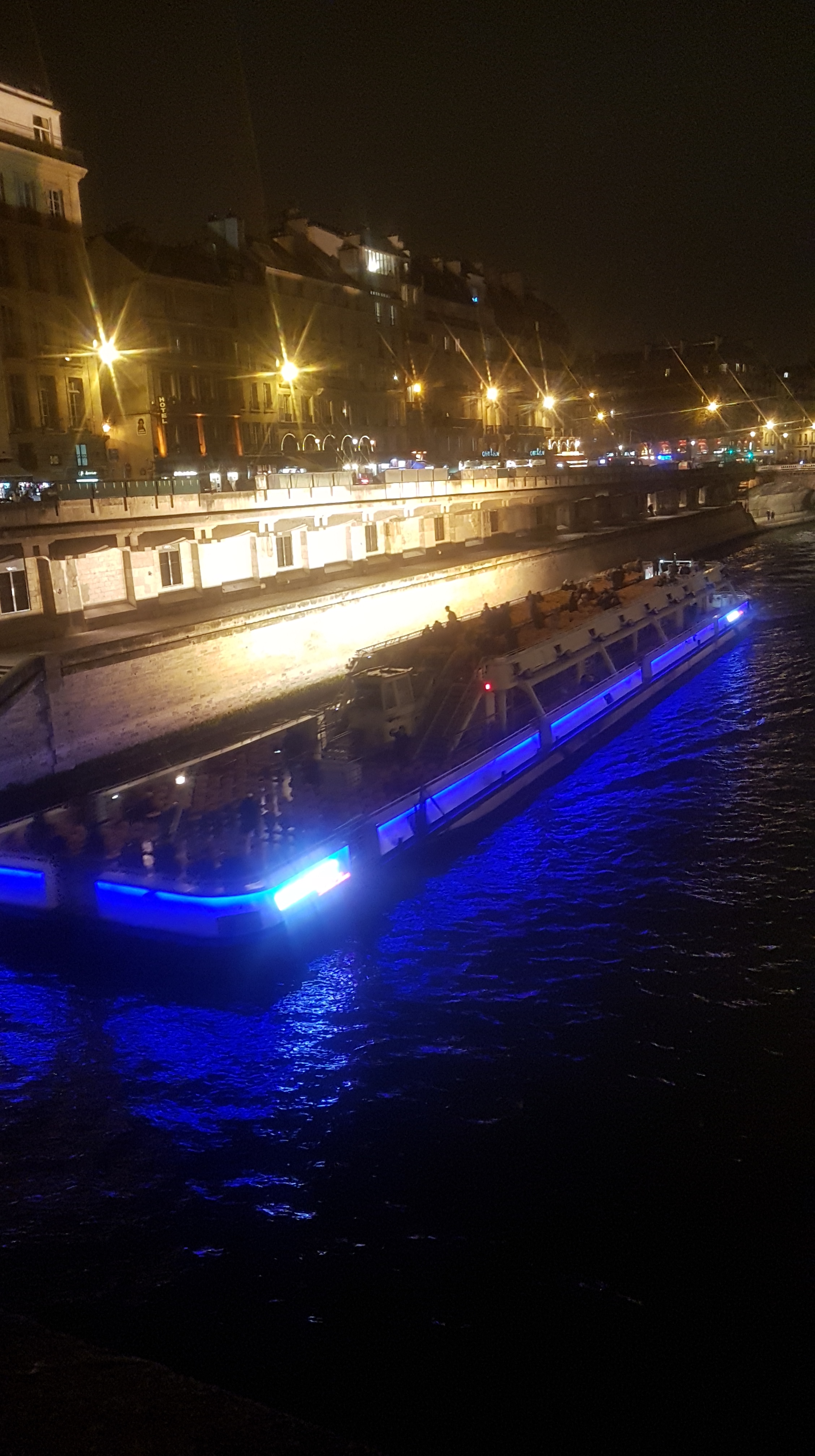 Cars everywhere, wild roundabouts with no lights or sense of route, motorbikes – now you could say Paris is the city of motorbikes because they are everywhere. We spent quite a long time walking down The Boleuvard of Motorbike shops from Harley to Honda and everything in between.

Then finally, when I thought my legs couldn’t walk anymore, out of the darkness arose The Notre Dame Cathedral in all it’s glory. It was magnificent. We arrived in time for the service where a young girl with the voice of an angel filled the Cathedral and it was really lovely. 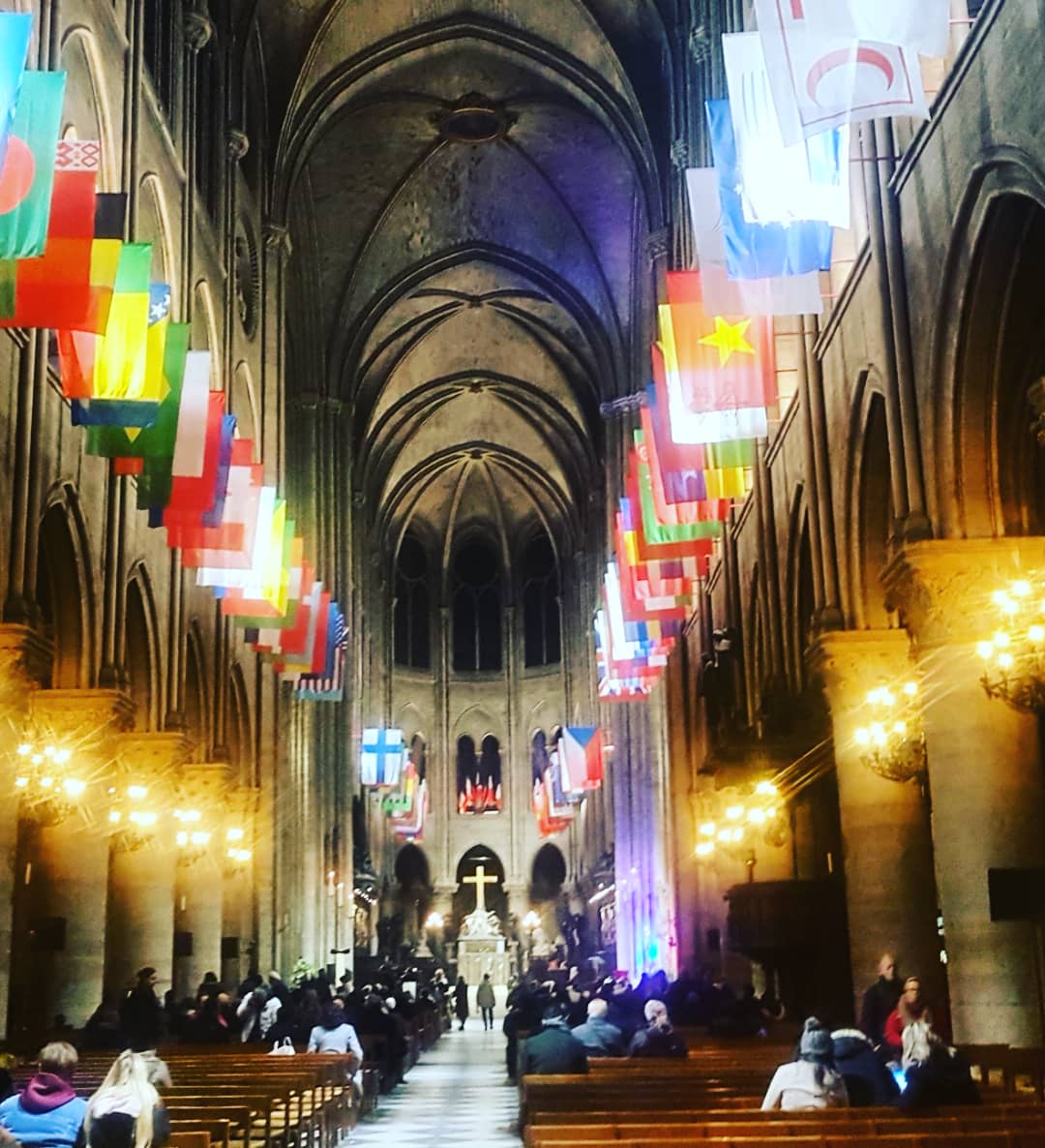 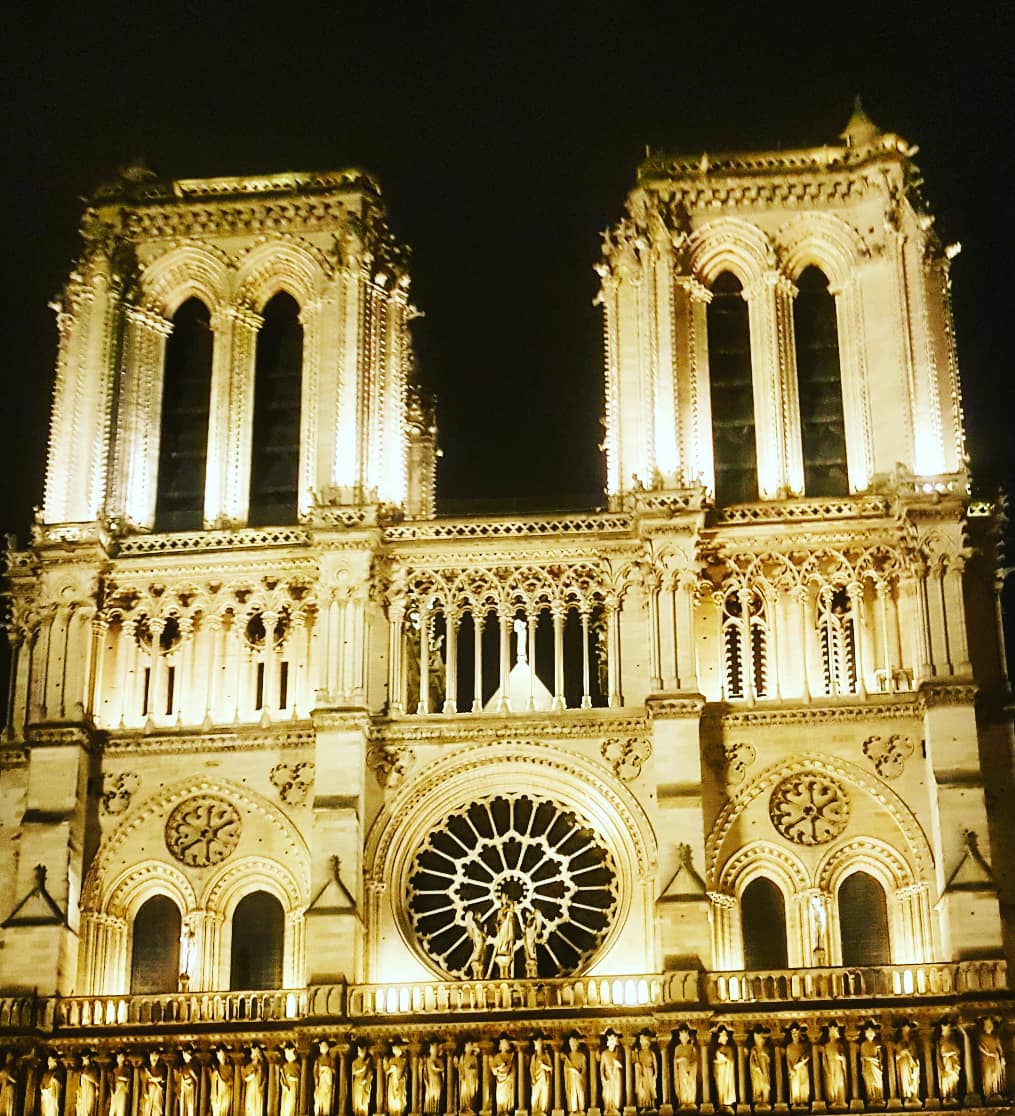 Past the Louvre we went where we gave a quick wave to Mona, back past all the fabulous monuments, we gave a fleeting glance to The Eiffel Tower but it was still hiding behind the fog before heading back up The Champ De Elysees in all it’s Christmas Light glory, which sadly I didn’t capture as the camera went flat. I can assure though it was a truly beautiful sight. 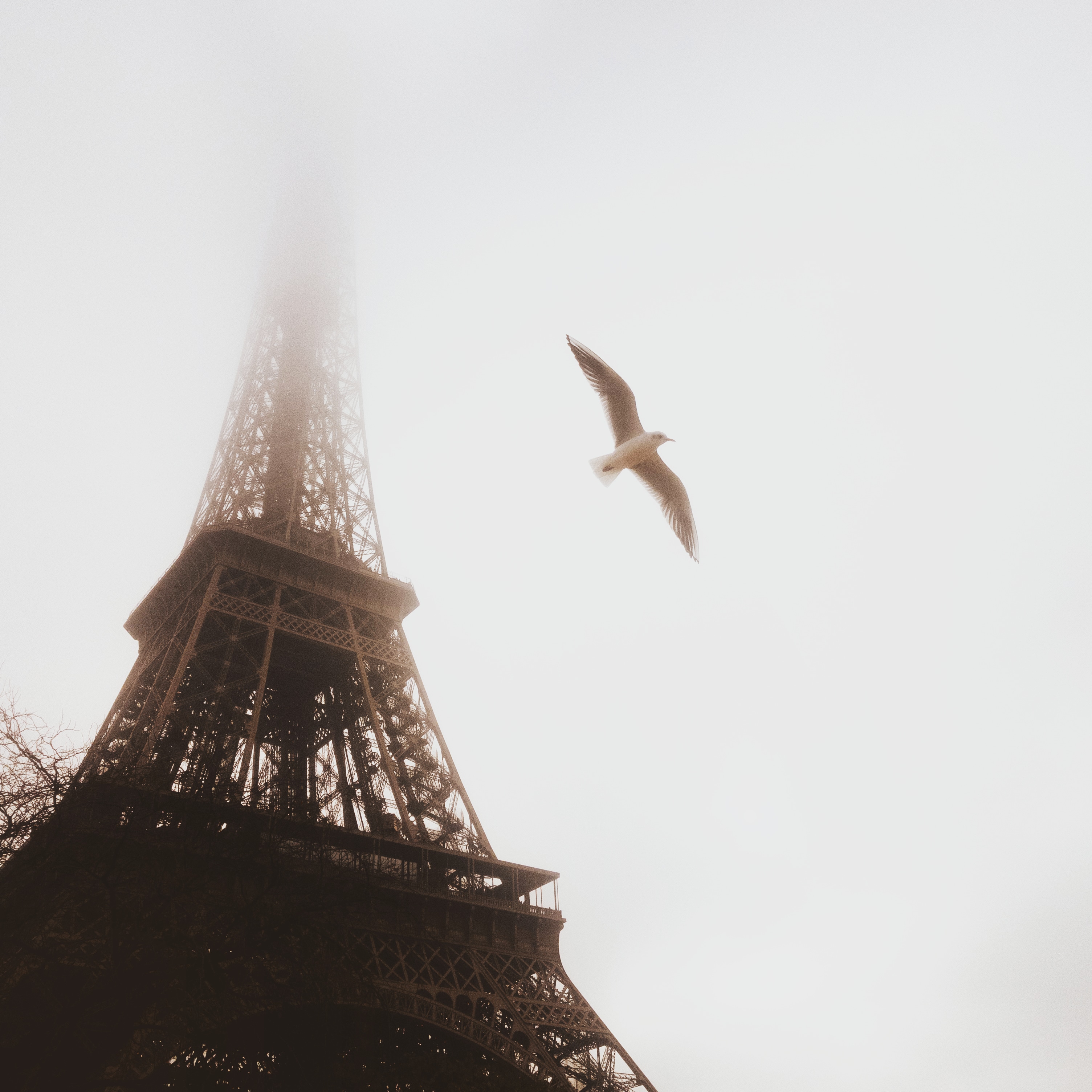 It was time to head back to our motorhome parked in the middle of The Paris Highway for a good night’s sleep.

We awoke tired, our legs ached and all I really wanted to do the next day was lie on the couch and watch things like Days of Our Lives on our non existent television, but we didn’t drive over 700 kms in one day to do that, so back on the bus we went to relive it all again until we were thoroughly exhausted. 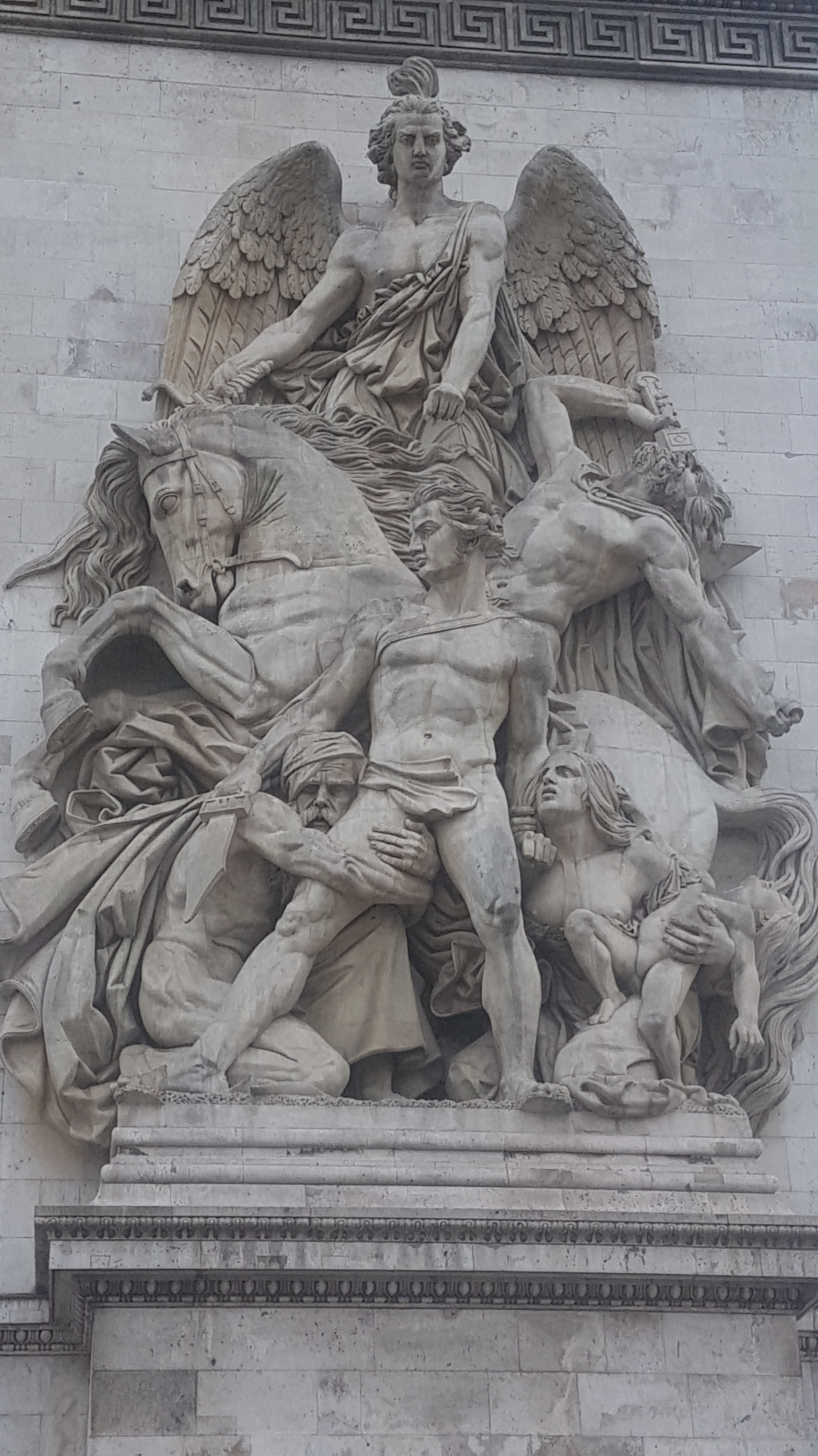 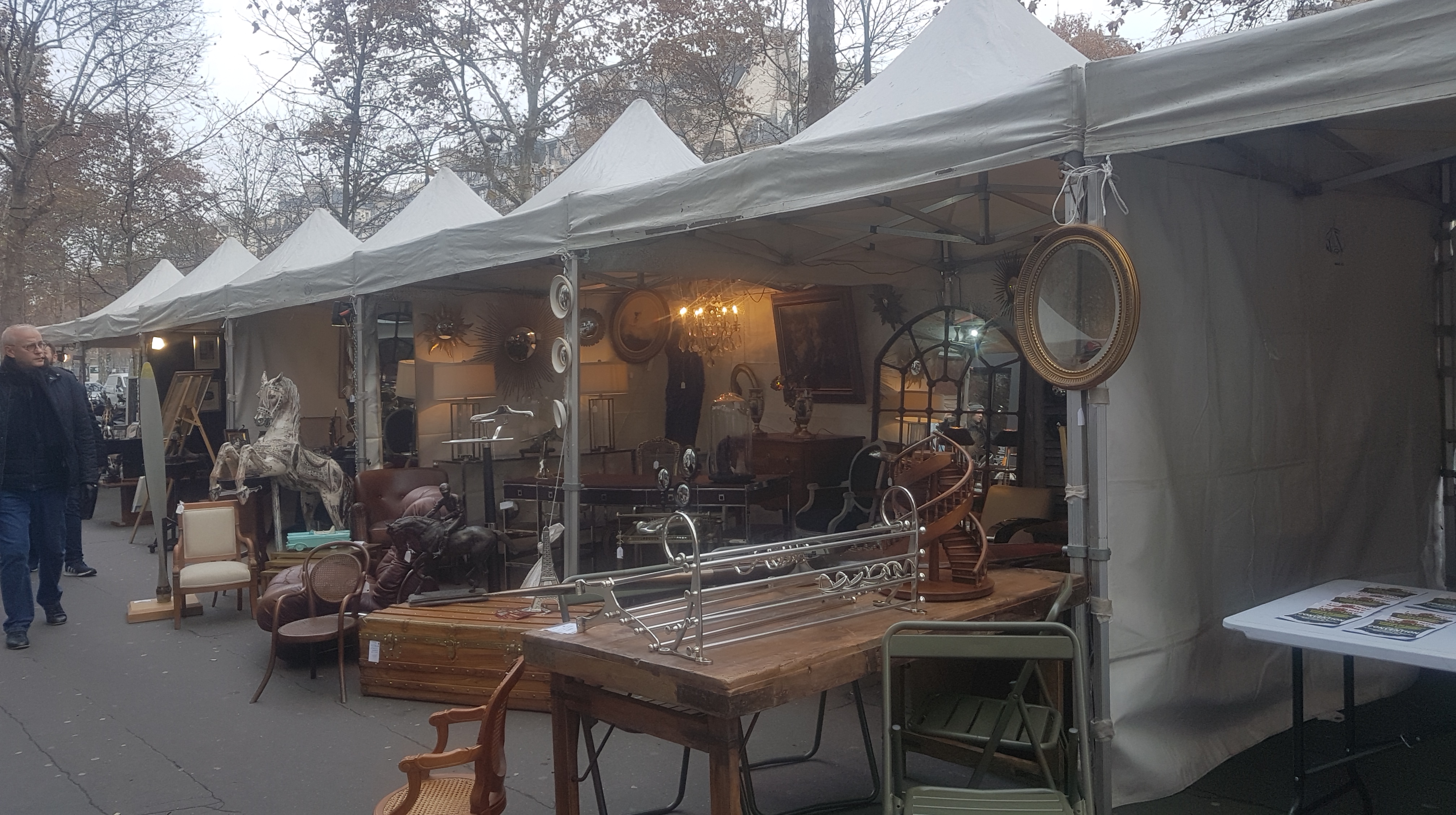 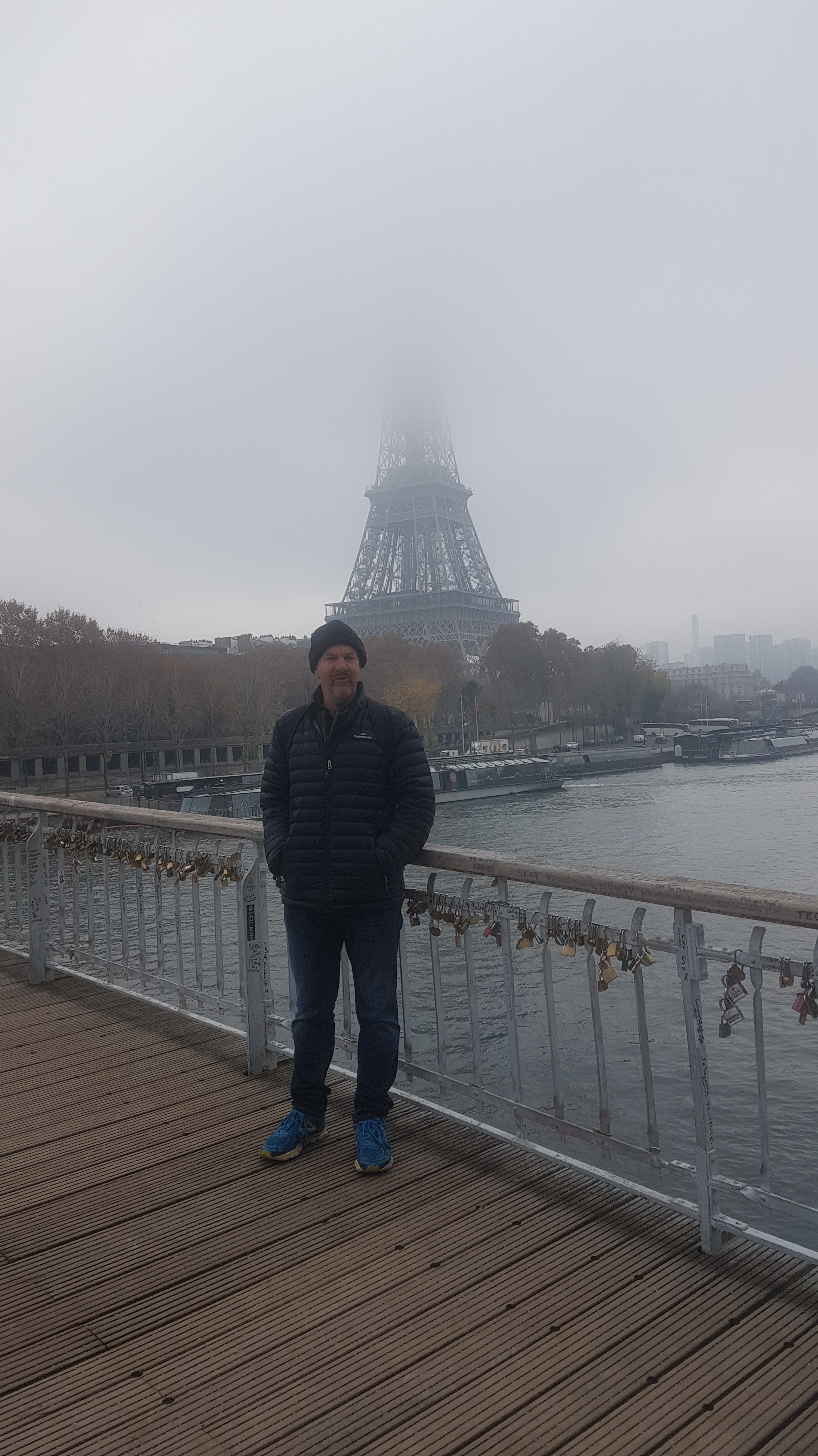 The problem with that was, we ended up leaving Paris right in peak hour traffic, then we hit some protesters blocking the road, the fog was intense and darkness came quick. Our GPS decided to take a nap in the middle of our journey to Calais, and combined with avoiding tolls, we ended up taking 8 hours to get to Calais and at one stage we appeared to be driving up some farmer’s driveway. I kept telling Doug it would end at the motorway😀😀 It actually did and boy did he have to eat some words.

After such an epic drive we then discovered the terrible comments on our Park4night App about bike thieves, breaking in while sleeping and even stowaways under the motorhome. Just what we didn’t need when we both needed to get some sleep before our 6am crossing to The UK.

If things couldn’t get worse, we were driving along the motorway when suddenly protesters appeared beside us running away from the police who were firing tear gas at them. There were fires everywhere and large swarms of yellow vests and riot police and brawls and all sorts going on as we drove past in our motorhome. 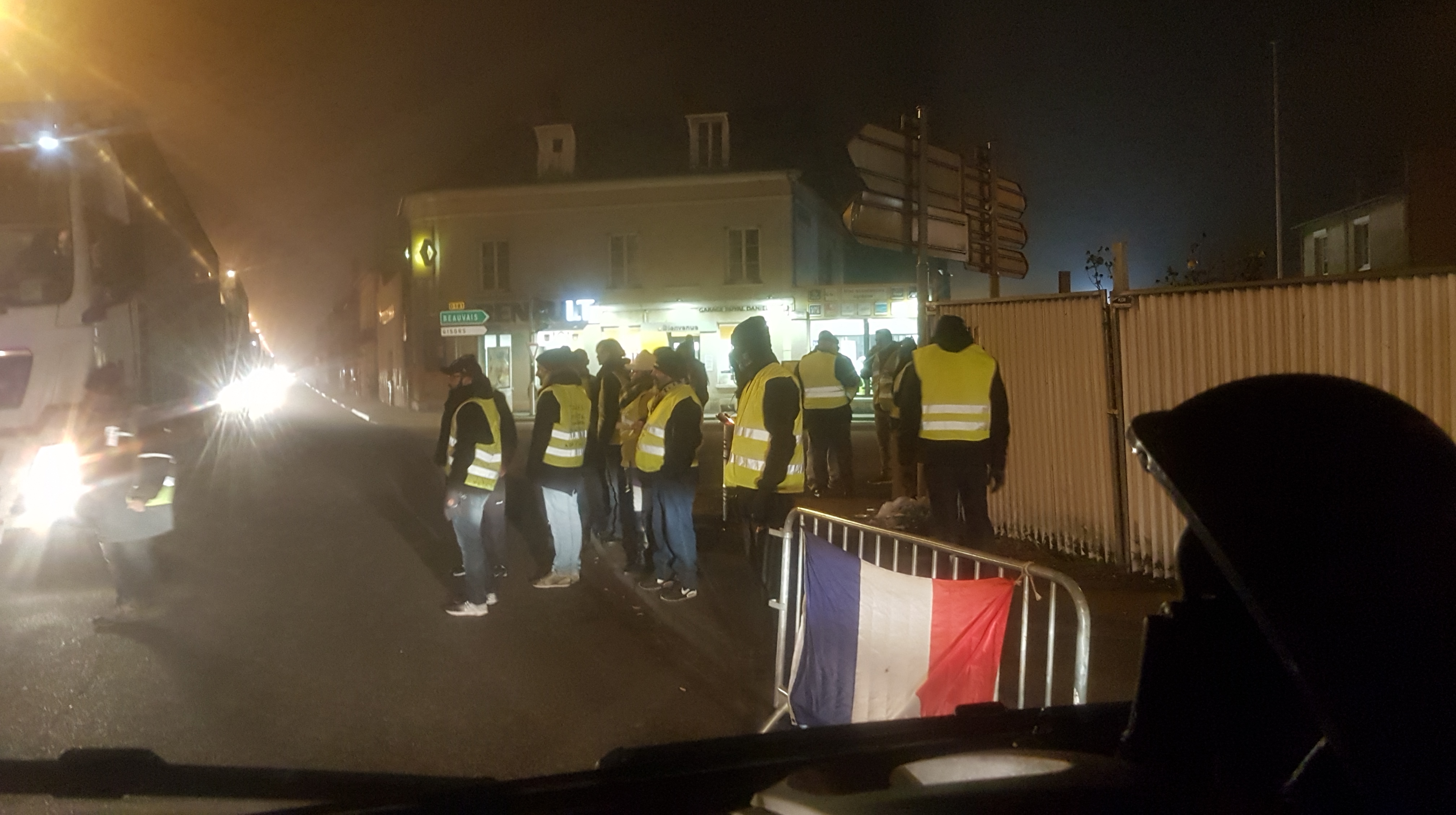 Needless to say with all that going on, we accidently took a wrong turn and ended up on the motorway heading back to Paris. It was actually a lucky break because we stayed 20kms back from Calais, got around 3 hours sleep and returned before the riots started again.

It was definitely a last hurrah in Europe and today we are here in The UK ready for bed at 6pm. Crazy times.

The only thing that I truly couldn’t stomach in Paris was the great divide between rich and poor. It is the first city in the western world where I have seen families – like mothers, fathers and children begging on the streets. Syrian refugees standing with placards in the traffic asking for money. The refugee crisis in Europe has really been an eye opener for us coming from NZ where we don’t have that because of our isolation. However in a city where Cartier is a given right, so to must it be to provide the basic needs of children that are resorting to begging as a means of existence.