We travelled through the night into Hungary having gotten the shivers in Slovakia. It wasn’t anything we could put our finger on but it was a relief to reach Hungary as it had gotten really dark and driving in foreign countries can be a bit confusing at the best of times.

From there we set our Park4night App to the nearest spot and parked up. The town we discovered in the morning was called Vac where we had a wander around visiting the local market with the local ladies and their trundlers before heading off to Budapest.

Budapest is vast and it’s modern with lots of traffic and trams. There was one part of the road that was closed for roadworks and somehow we ended up on the tramway so that was interesting. Yep a few heartbeats were skipped in that moment. 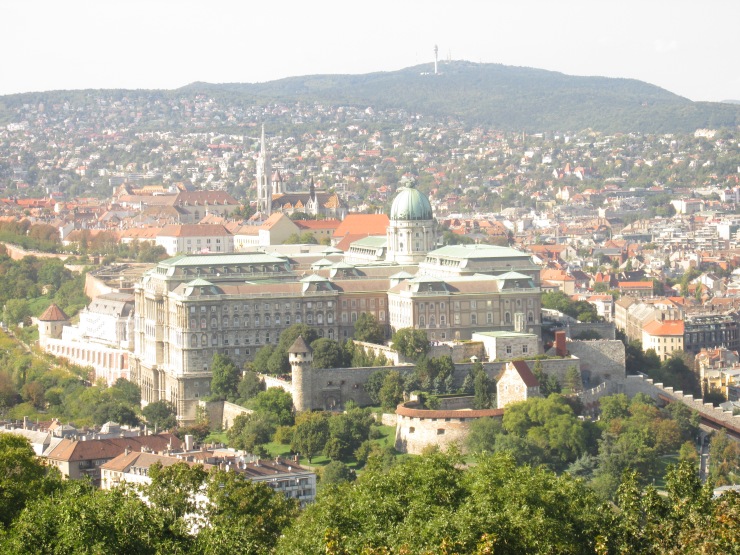 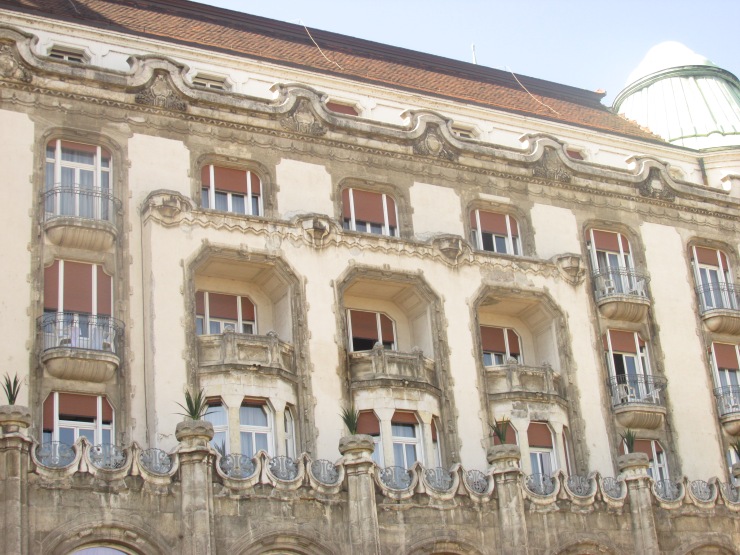 We ended up at the Arena Camping Ground around 14 kms from the city but the VERY efficient receptionist had it all sorted for us with maps and printouts of bus numbers and metro stations which made it all very simple. You wanna try and decipher Hungarian – its an impossible language!!!

We arrived tired and even though it seemed crazy to just chill in the camping ground when Budapest was on our doorstep, that’s exactly what we did, catching up on washing that hadn’t been done since Sweden.

After loving The Jewish Quarter in Krakow, we decided to make our introduction to Budapest here with a visit to one of their famous “Ruin Bars” for an evening drink. A “Ruin Bar” is a bar basically set up in the ruins of The Jewish Ghetto. Back in early 2000s a group of enterprising, (some thought mad), youngsters set about converting an old wharehouse left direlect after the jews were ousted from the ghetto by the Nazis, into what is now the famous and eclectic Szimpla Kert. Now there are several “Ruin Bars” in the ghettos which has seen a revival and is now once more a thriving community.

Szimpla Kert is awesome, its a maze of bars, eclectic furniture, overgrown plants, decorative walls and best of all – cheap drinking. Luckily for us we nabbed a table right in the heart of things and spent the evening being nosey at everything around us.

We ate a Langos at the food truck park next door before continuing wandering the Ghettos and then splashed out, (this was a big deal for us), on our first restaurant meal in 2 and 1/2 months of travel. Goulash. I think it cost us 19 € for 2 wines and Goulash.  After that we needed to head back to the motorhome before we got even more carried away. Besides I just about needed carrying home I was that shattered. 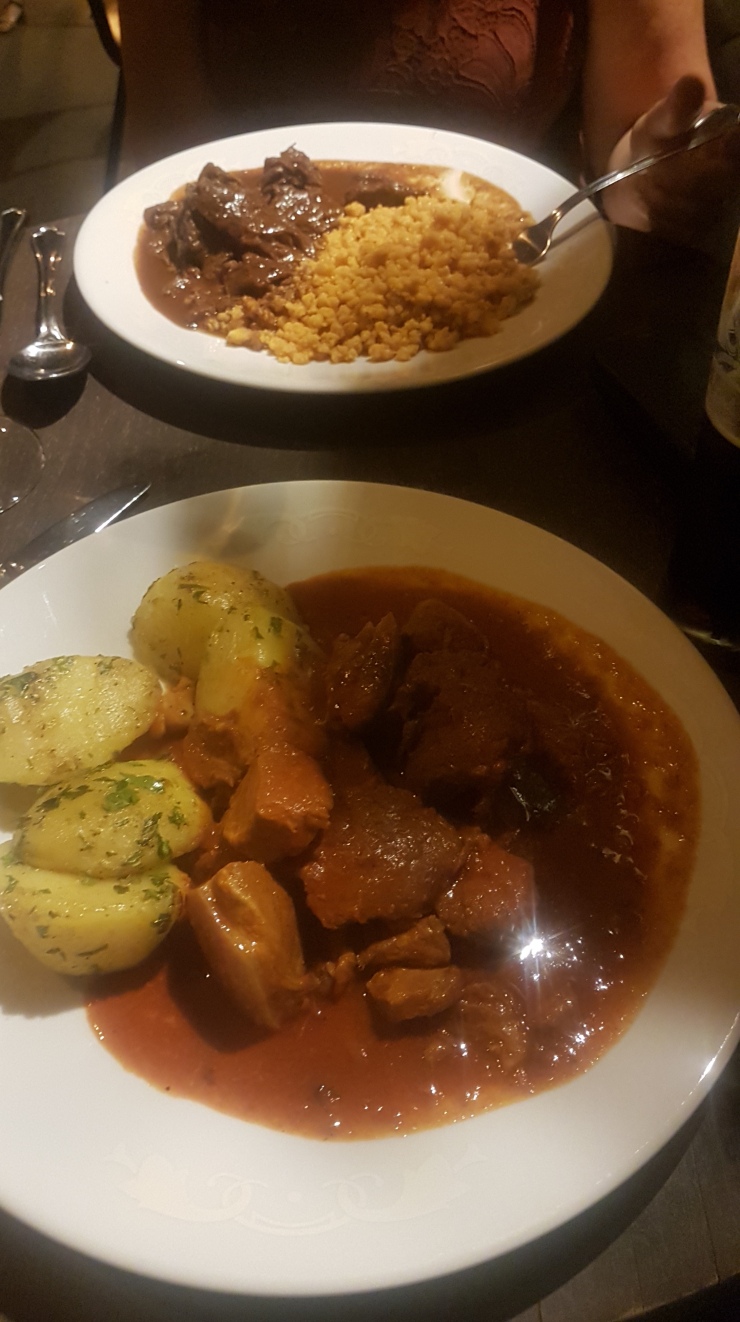 We are becoming masters at catching trains, trams, and buses having learnt that the city is no place for a motorhome. Most cities have a 24 hour pass for all public transport which is usually quite cheap and my top tip: Look helpless and someone will eventually stop and direct you to the right train, tram or bus.

The next morning saw us heading to The Market Hall, I believe it’s the largest indoor market in Europe, where all the locals gather to shop. Their are fruit and vegetable vendors everywhere, butchers selling anything from horse salami to offal, and the market specialty Paprika. Obviously it’s the Hungarian spice of choice.

If you find yourself in Budapest try the Strudels. They are filled with fruit AND custard and are delicious.

With our bellies full, oh yeah we slipped in a Langos too, it was time to sample the Famous Hungarian Baths at The Gellert Hotel and Spa.

It’s probably the elegance of the buildings more than the pools  that’s the attraction although it was a wonderful relaxing way to spend an afternoon. They have this ridiculous pool that is made like the surf at the beach so everyone was jumping in and out of the surf.

After leaving the pools, having filled up on Apple Strudel and Langos, you would think it would be nap time but not us fools. No we climbed the 500 stairs to The Citadel.

Yes 500 is probably an exaggeration but it certainly felt like it in the moment.
Thank god the view was amazing from the top, however it was this guy that stole the show.

Honestly I didn’t know he was real.

After The Citadel you must do the Castle which sadly for us was a let down. There are weeds growing from the balconies and graffiti everywhere and whilst it was nice to see the grounds being used as a public space, it made the Castle less dignified. Personal opinion only.

The Chain Bridge was also a let down  where are all the locks? 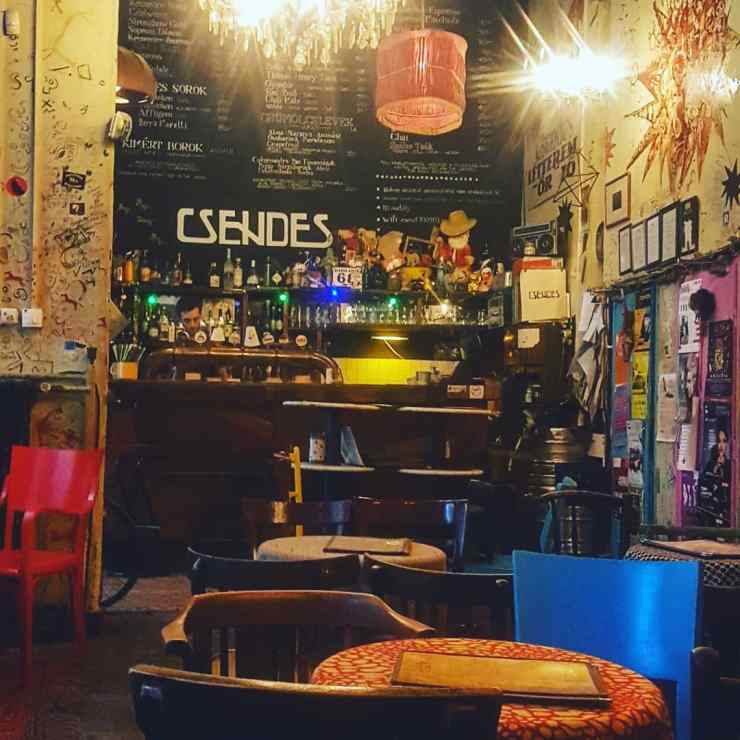 Maybe Budapest was a little large for us but it was hard not to compare with Kracow having just come from there. In the bout of the heavyweights, Kracow won by a knockout.