As mentioned before I would write a blog post on where we stayed in The Netherlands. We love to freedom camp and yes its not always easy to find a place or have to find things like water or dumpstations other than in camping grounds but in my opinion its worth the extra effort to have that beautiful view next to a canal or a lake for nothing. Its not really legal to free camp in The Netherlands but the places we have done so, we researched well thanks to the aid of my Parkfornight app which has been an invaluable tool for us on the road.

1) Genk – which is on the Belguim Border

Our first night in crossing to The Netherlands was in Genk at The Hoge Kempen National Park. It was a carpark of sorts in the middle of a forestlike park next to a horse area and bike trails. Yes it was a weird setup but at 5€ for everything including electricity it was a bargain. If you go for a walk into the park further, there was a mini golf park AND a planetarium AND a taverna. 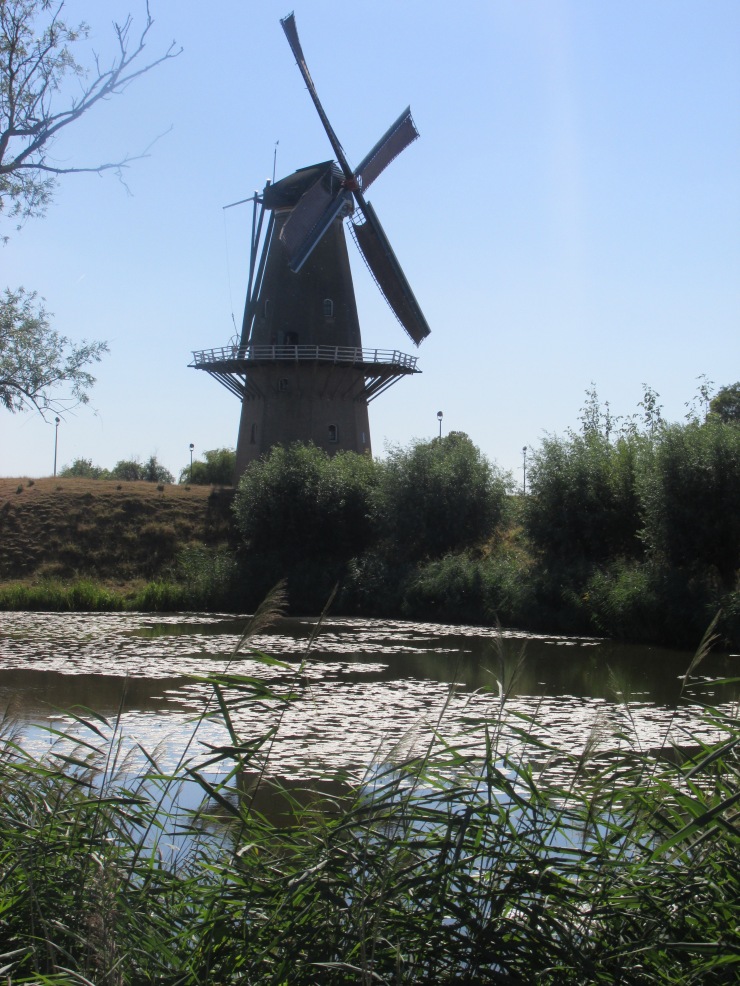 This was an accidental find, as mentioned in a previous post, however it was quite a find.

Woudrichem is a quaint town that centres around the canals. We stayed in The Marina Carpark thats at the back of the village and the streets are quite narrow but we managed in our 7.5 metre motorhome. The carpark is sunken in behind the canal wall so the view isn’t directly over the boats but that didn’t bother us as we just took our deck chairs and table to the view. There is so much going on here with boats and ferries and people riding bikes everywhere so plenty to see and when you get sick of the water view venture into the town which has several great bars and restaurants a stones throw from your back doorstep. We thoroughly enjoyed this town and it was free parking all day and night.

On the edge of a lake, with no direct view but access from the carpark was a parking that we found on our park4night app. We spent a few hours lazing lakeside in our deckchairs before retiring for the night. We were the only ones there that night but the police passed through several times that night and no one moved us on. The next day we took a corner and came across some free day parking opposite a paid camping ground where we walked to town from. It was perhaps a 10 minute walk to Delft. 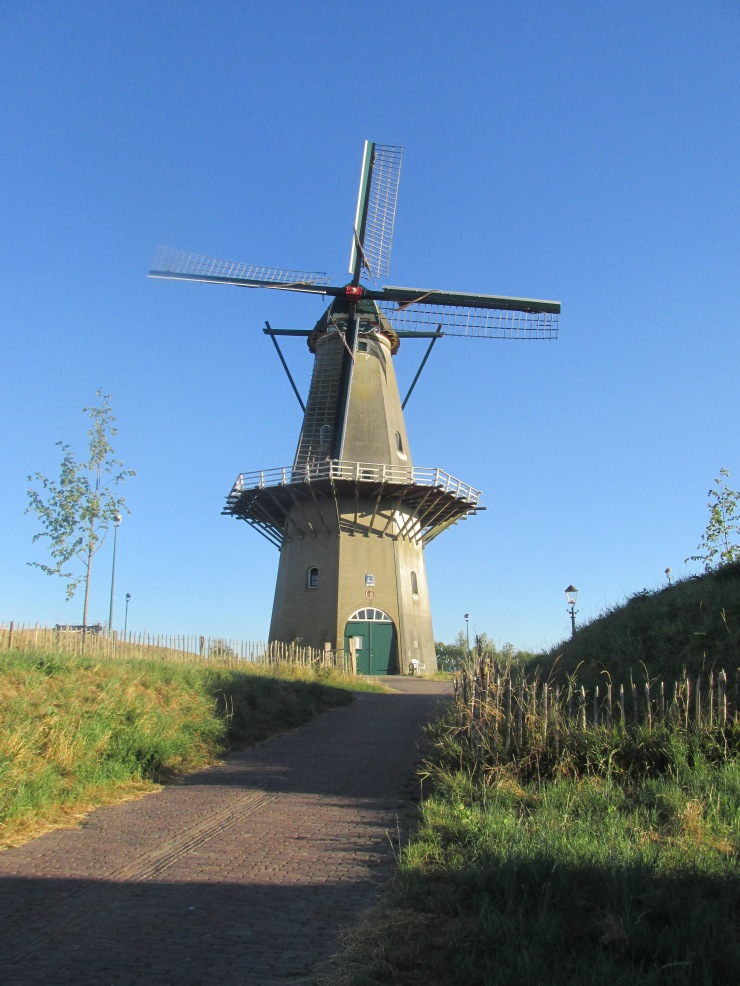 After trying very unsuccessfully to find a campsite that had availability in Amsterdam we forfeited the idea for catching a train from Haarlem instead. We stayed two nights here because its very near the train station, a few minutes walk along a pathway toward the IKEA sign and you are there, and also because Spaarnwoude is a lovely neighborhood built around a canal. The carpark is located next to The De Veer Windmill which is open to the public during the day and at night is empty and best of all free. 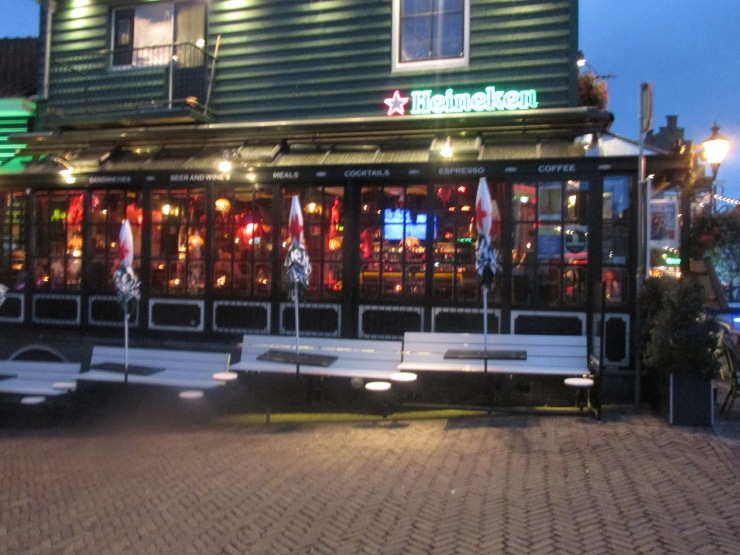 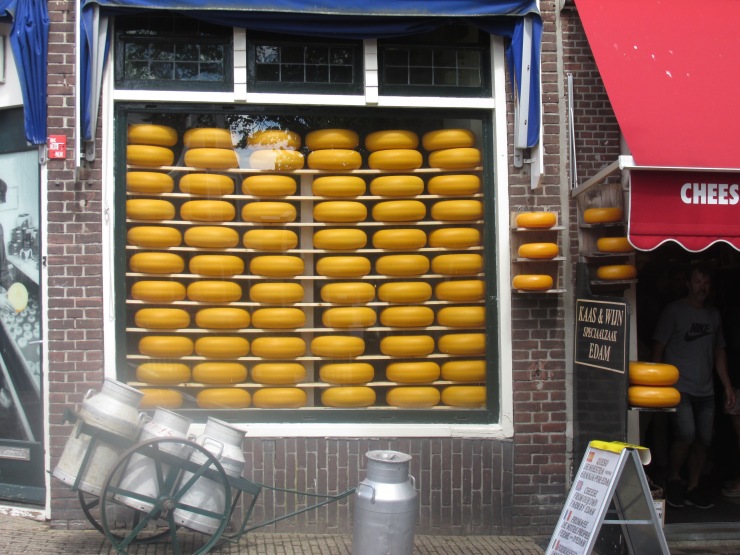 The day we arrived here it was raining and I needed to do washing and I felt like everything needed a good charge of electric plus we hadnt found a place to dump our toilet all week.

It was 14€ for the night but this included electric and all day and night parking so it was worth it. Its also perfectly located to see the sights of Volendam and Edam where obviously Edam Cheese comes from. It was also near the beach and having been landlocked for a while now felt good. 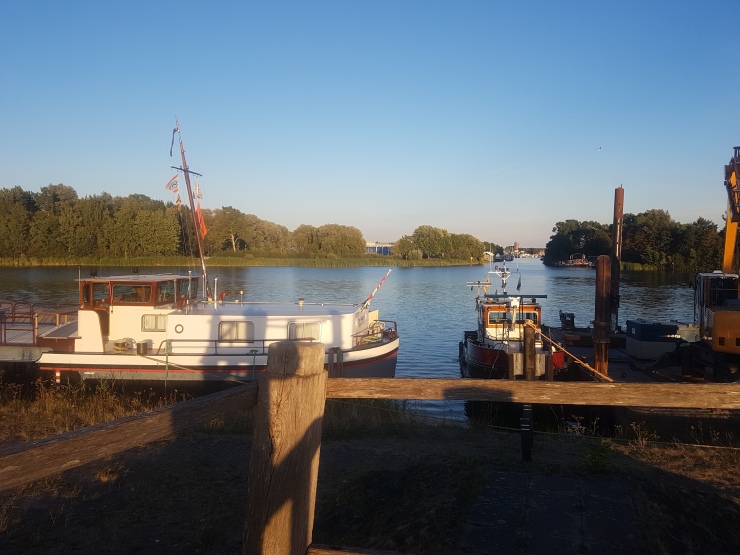 This last sight was located next to a canal and a marina just a bit further up the road. It was on gravel and a little bit road noisy but a bike ride away from a gorgeous little town with some wonderful cafes and restaurants. It was also ideal for visiting Giethoorn.

2 thoughts on “Motorhome Camping in The Netherlands.”