Skip to content
Now that we have picked up our motorhome, I can finally be honest about the whole process.
When we first started looking for motorhomes in the U.K we contacted a lot of dealers, trying to source the best motorhome we could buy for the money but not just that. We wanted a dealer that we could trust and who was prepared to answer every little trivial fear or issue along the way because this was a big deal for us and we came into the process as complete novices.
We found some excellent dealers but we just couldn’t go past the Eddis Encore 255 and as time began to run out so did our luck at sourcing one until after exhaustive online searches located possibly the last one available in Scotland. So we pounced on it, paid the deposit and started to negotiate the settlement process. The company we bought it through are horrific communicators, and as time ticked down to our departure date we still didn’t have the VAT forms which we knew took time. Douglas made many middle of the night phone calls to the dealer whose very cavalier attitude made us even more apprehensive.
As it happened the HMRC papers took way longer than should have and has cost us time and money and sleep basically faffing around until we could finally pick up our motorhome. It was also made worse by chancing upon some terrible reviews of the company the night before pickup so when it came time to pick it up I had totally the wrong attitude to the whole affair and it spoilt what should have been a dream moment.
As to the motorhome. ….
We love it. I didn’t love it straight away as questions towards warranty or the gas or anything were met with a shrug of the shoulders from the salesman. We actually left the yard without even a goodbye from the him. He had moved on to the next victim.

Having nothing except the clothes on our backs and what was in our suitcases we took a quick trip to Tesco’s and purchased our life’s possessions for the next 6 months as well as a truckload of groceries. I wanted to just get the hell out of the city, sit by the water somewhere, eat home cooked food and breathe. So both with pounding headaches, me with a vomiting bug which actually meant stopping along the A90 to vomit, we did exactly that. 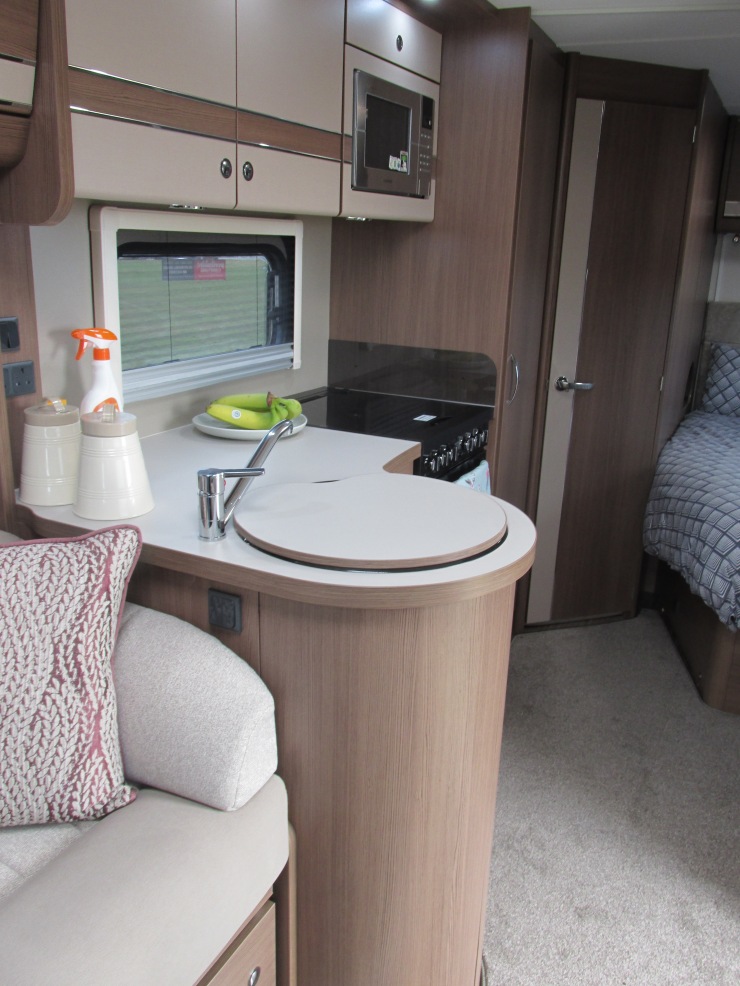 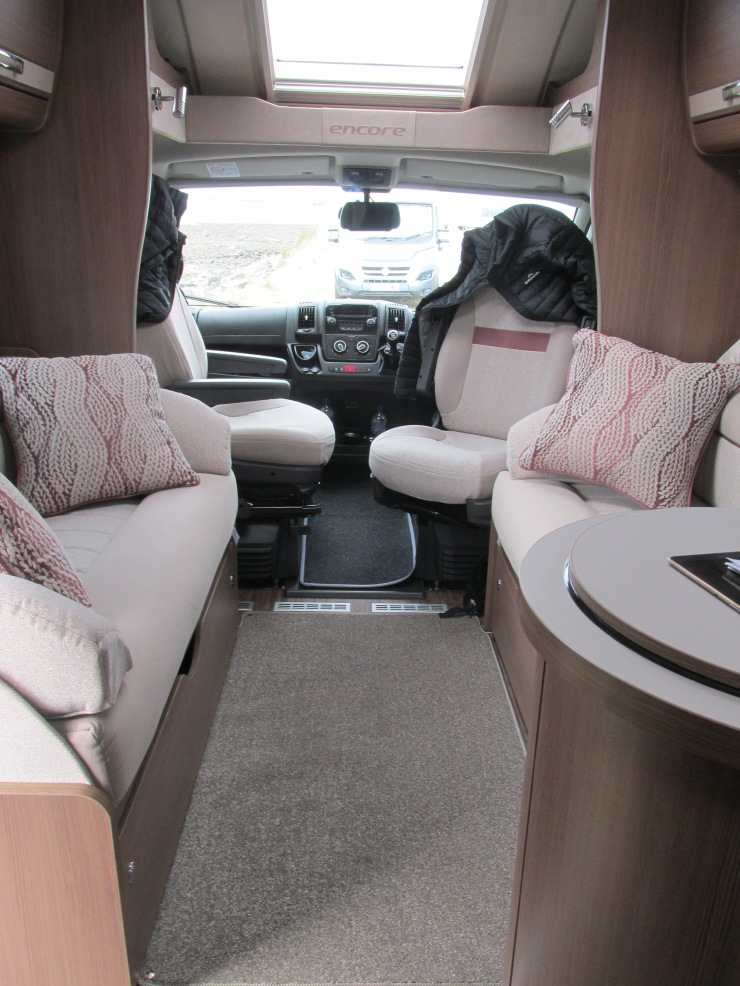 It’s now 2 days later, and I now feel the excitement that I should have felt before. The layout of the motorhome is our layout with lovely comfy couches and a spacious almost social kitchen. The fridge… OMG is ginormous and my truckload of groceries looks more like a bootload inside. The bed being of the French design was always going to be our compromise however it was worth it as it’s extra long and relatively comfortable and easy to get in and out of. The bonus of getting this design was a separate shower, still in the bathroom but in its own cubicle. I think this is a biggie for us as the Jayco had such a big user friendly bathroom. Yes this one’s smaller but it’s not impractical either.

There are cupboards galore, with a lovely underbench pantry and full sized wardrobe and surprisingly the storage which is accessible from the outside is quite a large area.
Doug is not sold on the portable table but for me it’s light and easily put away leaving a spacious lounge area when not needed.
I think though it’s the finishings that do it for me, the cupboard finishes, the carpet, beautiful cushions, stylish lighting, gorgeous curtains. It’s a very homely affair and as its going to be our home for the next six months that matters. 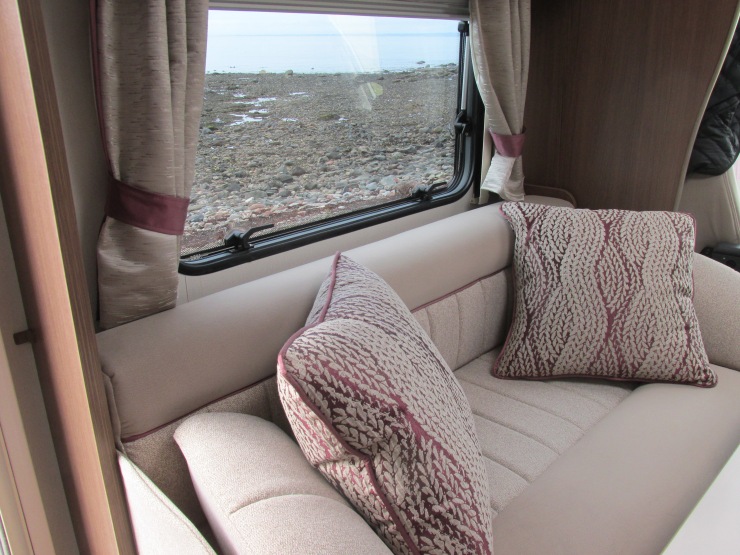 As to the driving, we have only stalled 3 times and to be fair, only on the hills. Yes I think the manual hillstart will take a bit of getting used to but the actual driving side of things has been superb. So far we have made it to Cairngorms National Park all in one piece and as I’m sitting here writing the bunnies are playing outside the window and there is a red squirrel sitting in the tree we are parked next to.
Was it worth it. Yes. Oh and the Scottish Baps from Tesco’s are the best.
Advertisement

Disconnecting ...
Happy New Year's.
Early morning fish and these beauties came through.
The wild horses of Pawarenga
Join 168 other subscribers